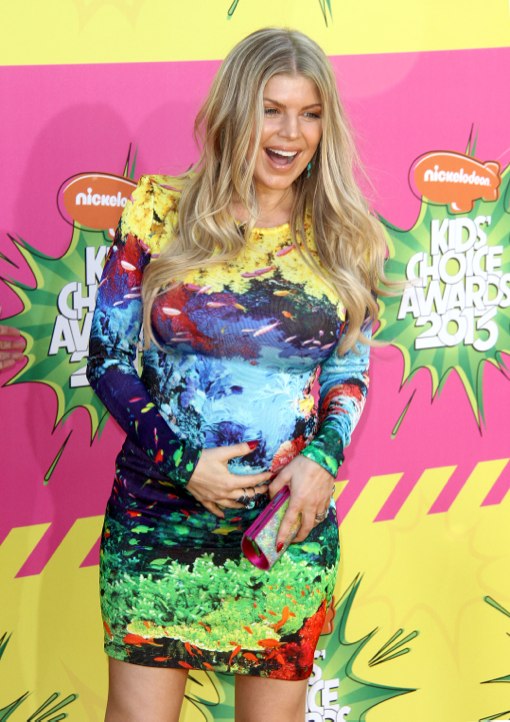 The Black Eyed Peas singer looked stunning as she showed off her bump in a colourful ‘under the sea’ dress. She laughed happily while cupping her growing bump.

Fergie had a blast watching her  husband Josh Duhamel host the show.

During Josh’s opening song and dance, he changed into a skintight dress with a fake baby bump while he sang and danced, singing, “Fergie! This is for Fergie!”. The real Fergie them appeared wearing a similar dress while rolling her eyes in a joking manner at him