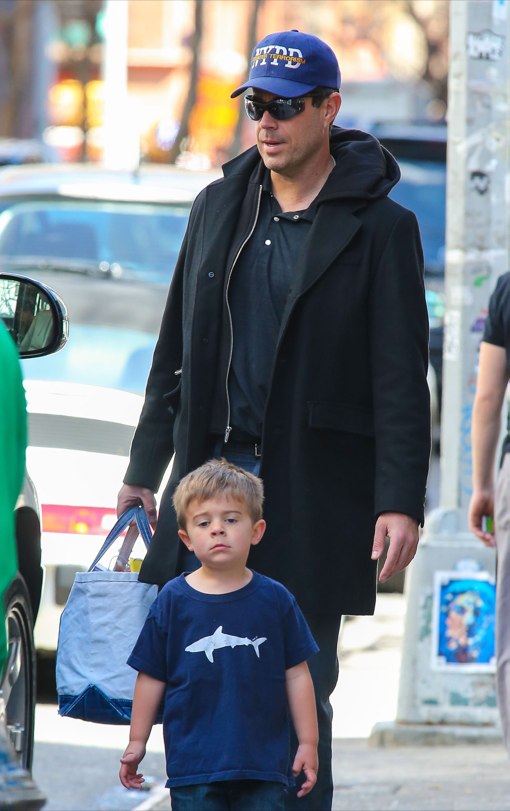 Carson Daly, his wife Siri Pinter and their kids Jackson and Etta were spotted out and and about on a warm spring day in New York on Saturday (March 30).

The Voice host looked casual in a a black jacket and jeans while escorting his son to a waiting car. Siri followed behind holding Etta.

In an interview with Parade last year, Daly told that fatherhood is by far his top priority.

“Any parent can probably understand it when I say, ‘I get it now.’ I sort of get life’s purpose now. It’s something you don’t really understand until you’ve created something with your life partner or someone that you love. So I look at my time with my son and it really put things in perspective. I thought I had things in perspective. With me, it’s my faith and my family and everything else falls somewhere in categories underneath all that. But when you have your child, it’s a game changer,” he revealed.

Jessica Alba: Breakfast Day Out With The Girls

Happy Easter! How We Celebrated Our Baby’s First Easter!