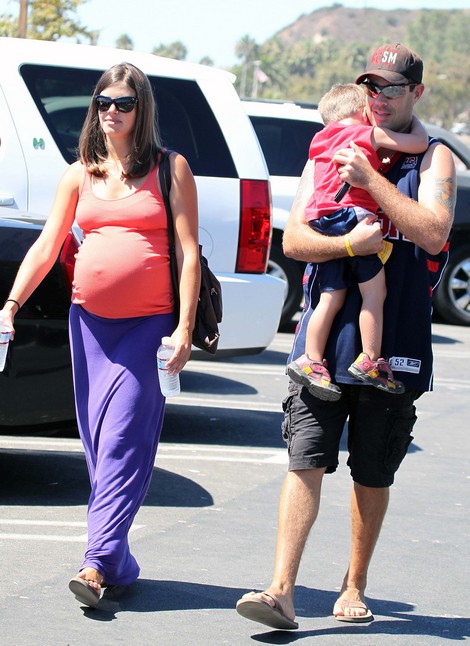 Carson posted on his Facebook page, “Tonight at 5:15pm we welcomed the latest addition to our family. Etta Jones Daly weighs 8lbs and is beautiful! Mom was a rockstar, Jackson James is a proud big bro, and dad’s drinking a cold one. Praise God.”

This is the second child for the couple.  Their new daughter, Etta Jones, joins their three-year-old son, Jackson James.

Siri has been keeping fans up-to-date on her pregnancy on her blog, she recently blogged, “Something about being pregnant makes me nostalgic for foods I loved as a kid, like cans of black olives and applesauce mixed with cottage cheese.  I know it doesn’t look appetizing, in fact Carson makes me eat it far, far away from him.  But it’s delicious, trust me.”

Congrats to Carson and Siri on the arrival of their new daughter!

Car Seats On Shopping Carts: A Big No No