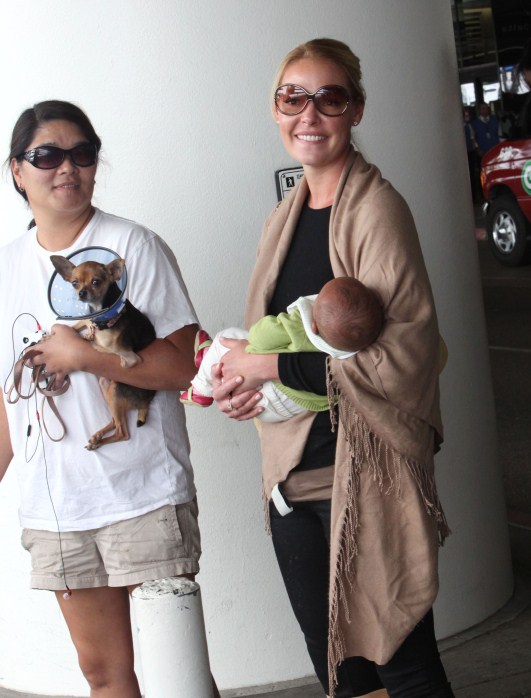 Katherine Heigl touched down at LAX airport after a relaxing summer in Utah with her family on Thursday. The actress was joined by her mom Nancy, husband Josh and new baby Adalaide as they exited the airport terminal. Heigl beamed as she carried Adalaide who was dressed in a white and green outfit while sleeping. The family were met  by her adopted sister Meg Heigl who welcomed Heigl with a big hug.

Heigl is set to start promoting her new film The Big Wedding. She stars alongside Robert DeNiro, Diane Keaton, Amanda Seyfried, Topher Grace, Susan Sarandon, and Robin Williams.  The film is romantic comedy about a charmingly modern family trying to survive a weekend wedding celebration that has the potential to become a full blown family fiasco.