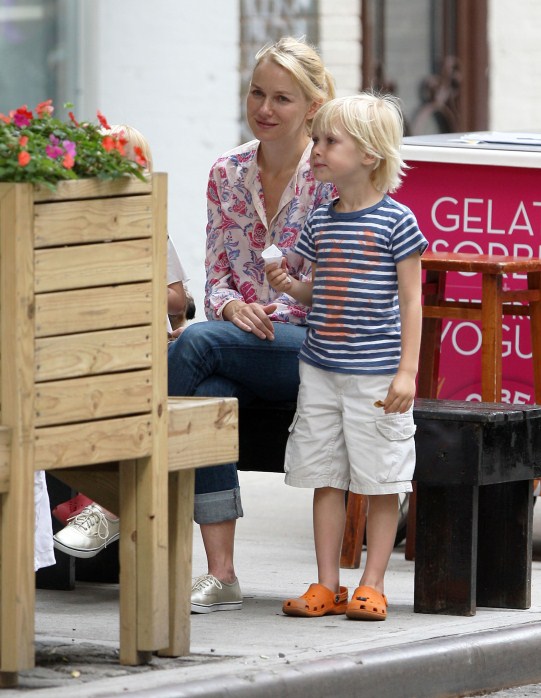 Naomi Watts, her mother Miv and two sons Alexander and Samuel took their dog Bob out for ice cream in New York City on Thursday. Watts wore boyfriend jeans with a flowery blouse while pictured running across a street holding the hands of her two sons.  Watts bought ice cream for the family, but decided not have one herself.

The actress who stars as the late Princess Diana in her latest movie recently told that she is nervous about the public’s reaction.

“I am dreading the reaction amongst the pubic to my playing her,” she told The Sun

“You know that people will complain that you don’t look enough like her, that you’re not tall enough, all those things.  It’s very difficult to play someone who had such a deep impact and left such a lasting memory on the public.  It’s also more complicated and sensitive when you take into account her two boys — William and Harry.

“But I want to do her justice and help tell her story truthfully.”

From Bottle To Sippy Cup