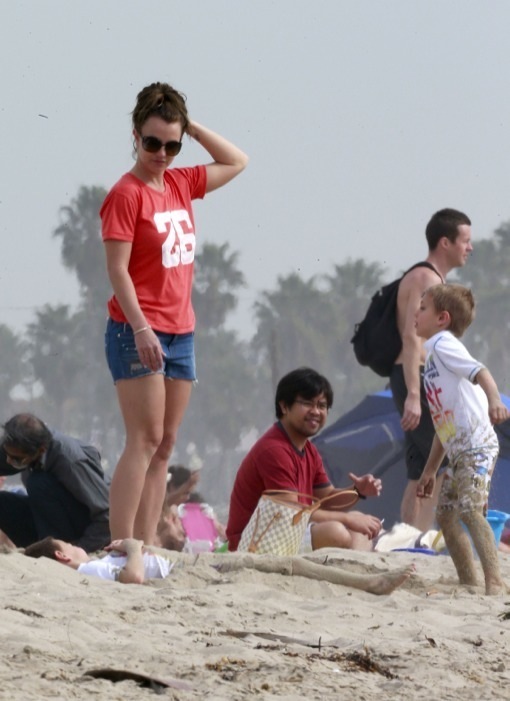 Britney Spears enjoyed a sunny day playing in the sand with her two sons, Sean and Jayden in Santa Barbara, California on Saturday (March 2).

The pop singer wore a red “26” number shirt with cut off shorts as she covered Sean with sand.

After their fun in the sun, an identified man, a bodyguard, and nanny helped escorted them off the beach.

On the same day, Spears’ younger sister, 21 year-old, Jamie Lynn revealed that she and boyfriend Jamie Watson are engaged.

The former Zoey 101 star, announced the happy new via her Twitter page by sharing a snap of the pair hugging while showing off her engagement ring.

She later posted a close-up snap of the ring alongside the caption “He did good”.