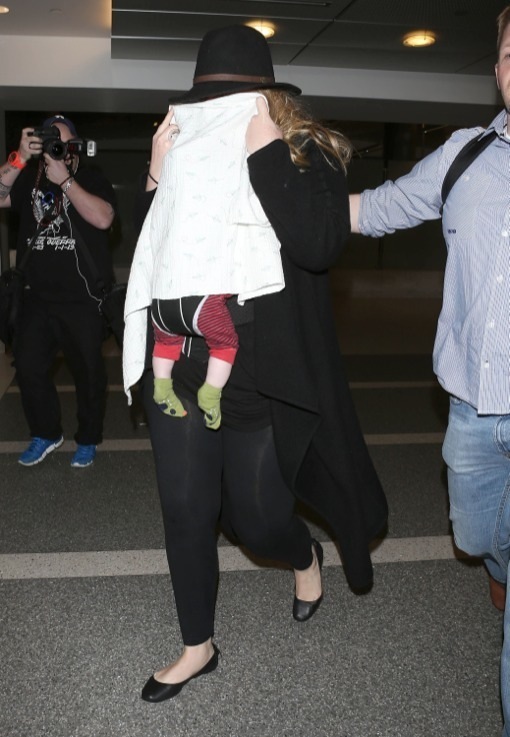 Adele, her boyfriend Simon Konecki and their baby son were pictured departing on a flight to London at LAX airport in Los Angeles, CA on Saturday (March 2).

Being her usual private self, Adele did her best to keep the face of their baby covered from the picture taking paparazzi. Simon followed behind with their suitcases.

It is is being reported, that the producers of the James Bond franchise are so thrilled with the commercial success of the song that they want Adele to sing the lead song in the next Bond film.

“Producers are thrilled by how well the song has been received and hope Adele’s presence on the next film will replicate that success,” a source told the Sun. “They want her to become as synonymous with Bond as Dame Shirley.”

The rumors have yet to be confirmed.

Ivanka Trump: Every Day Is a New Challenge As a Mother