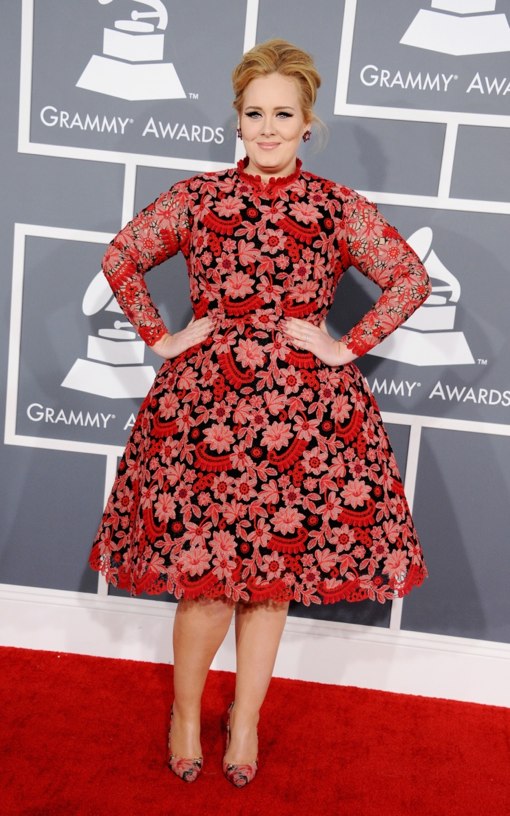 Adele is fully adjusted to motherhood!

Speaking backstage after receiving a Grammy Award for Best Pop Solo Performance on Sunday (Feb. 10), the singer revealed that she has successfully learned how to balance her career with motherhood.

“I’ve been up since 6 a.m., so I’m quite tired. It’s nice, I haven’t been as stressed out. You have to prioritize what you get stressed about when you have a child. I’ve been getting my mind around it. Normally I love getting my hair and make-up done, but this time I was like, ‘Get off, get off!'” she told.

“I’m not very far along at all. I’m having lots of meetings, I’ve been in LA the whole time, since the (Golden) Globes (last month), and I will be until the Oscars,” she said.

“I’ve been out of the loop really,” adding,“I’ve been singing my baby nursery rhymes so I don’t really know what’s cool and what’s not.”

In addition to being nominated at this year’s Oscars, Adele will perform Skyfall at the event.