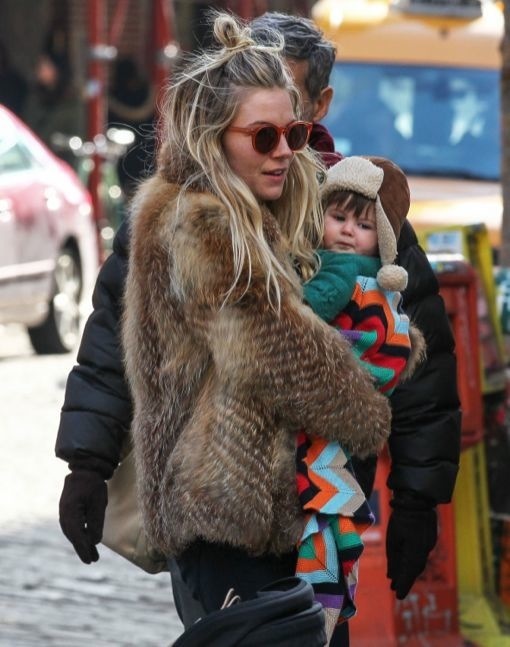 Sienna Miller and her daughter Marlowe were pictured out and about in New York City on Tuesday (Feb. 12).

The A Case of You actress wore a fur jacket, skinny jeans and flats while protectively holding Marlowe as she walked across the street. The 7-month-old was dressed warmly in a big winter hat and covered by a Missoni blanket.

Miller recently revealed she doesn’t like to be parted with her six-month-old.

“People told me not to have kids, but I think motherhood’s got a bad rep,” she told London’s Radio Times. “I don’t feel compromised. In fact, I don’t want to be anywhere else except with her.”

In mid-January, the new mom Sienna attended the Golden Globes where she was nominated for best actress in a miniseries or made-for-TV for her role in The Girl.