Jennifer Garner Back To Mommy Duties After Big Oscar Night 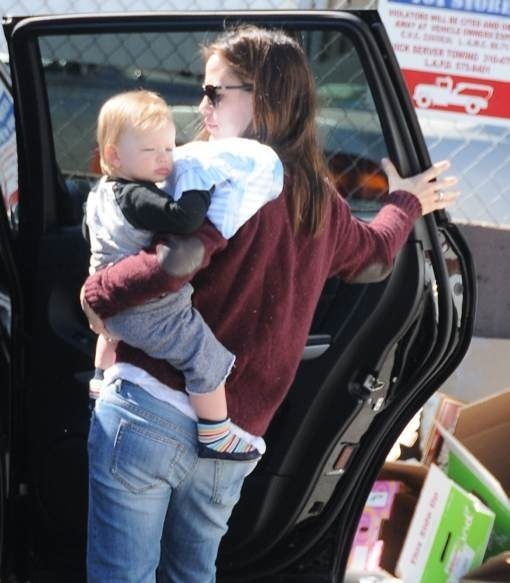 Jennifer Garner and her son Samuel spent the day together in Brentwood, CA on Tuesday (Feb. 26).

The mom-of-three was dressed casually while taking the adorable baby to a toy store. After, they headed to lunch with friends.

Garner was back on mom duties after a big night at the 85th Annual Oscar Academy Awards alongside husband Ben Affleck.

Affleck who had good luck messages written across his hands from daughter Violet and Seraphina walked away with an Oscar for the movie Argo in which he produced, directed and acted.

During his acceptance speech, he thanked Garner for,

“Working on our marriage for 10 Christmases,” adding, “It’s work, it’s the best kind of work…and there’s no one else I’d rather work with.”

They happily couple married in 2005.