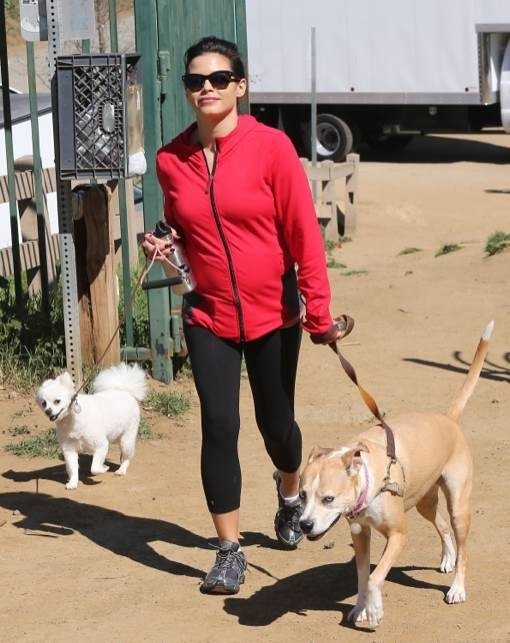 Jenna Dewan took a pregnancy hike with her dogs at Runyon Canyon in Los Angeles, CA on Wednesday (Feb. 26).

Fresh of a red carpet appearance at the Academy Awards on Sunday, the American Horror Story actress looked fit in a red workout sweater and black tights. She happily smiled for photos while finishing the run.

Dewan’s husband Channing Tatum revealed that she will give birth to their future baby in London.

“We’re going to have the baby in London while I’m shooting and there won’t be any downtime whatsoever,” the Magic Mike actor told told E!’s Ryan Seacrest on the Academy Awards red carpet.

Despite not being nominated, Tatum performed a dance number alongside actress Charlize Theron during the award show.

Jennifer Garner Back To Mommy Duties After Big Oscar Night