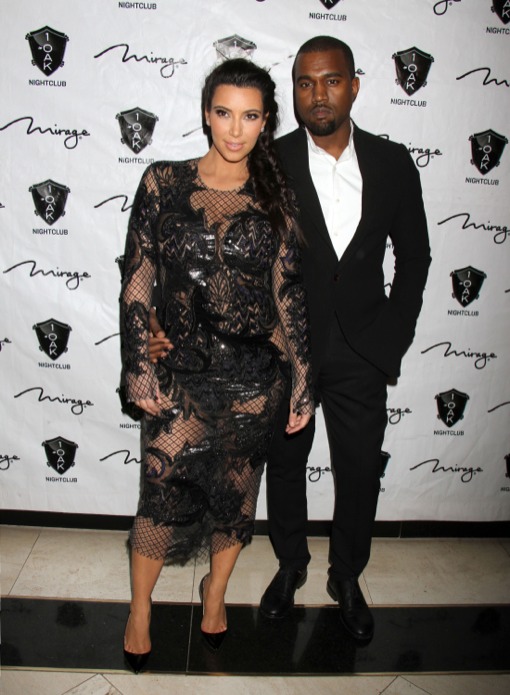 The reality star wore a revealing sheer lace dress by Welsh designer Julien McDonald while posing for pictures and speaking to the press.

“Heading to 1Oak tonight! So happy to be surrounded with all my friends & some of my fam! Gonna be a fun night!” the mom-to-be tweeted before arriving at the event.

On Monday, the news that Kardashian has a bun in oven broke after West called her his “baby mamma” during a gig the night before.

Kardashian then called the news a “blessing”.