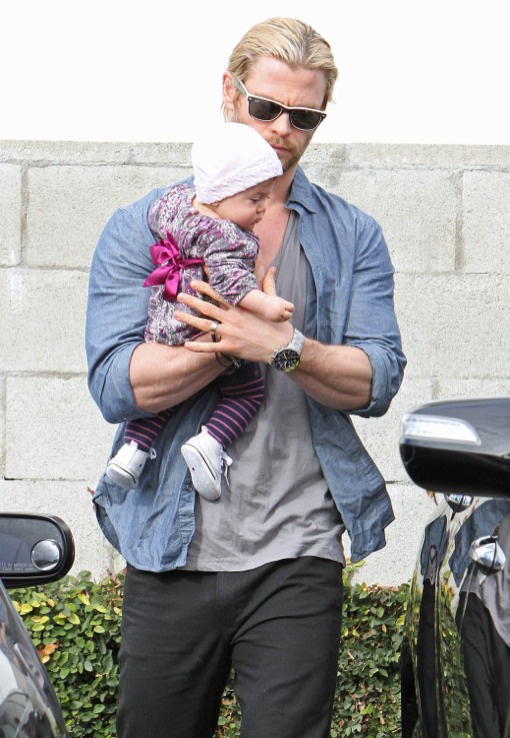 Chris Hemsworth and wife Elsa Pataky took their daughter India to meet up with his brother Liam for lunch at the Kreation Kafe in Santa Monica, Ca on Sunday (Dec. 30).

The Avengers star looked like a doting dad as he held his little bundle of joy close. He even stopped to give her a kiss or two while walking to the restaurant.

It is rumored that Hemsworth is the frontrunner for the coveted role of Christian Grey in the adaptation of racy best-seller 50 Shades Of Grey.

It’s said the actors performance in the upcoming film, Rush as the late F1 racer James Hunt, reportedly caught the eye of US producers. Apparently, there are a lot steamy scenes that direct Eric Fellner describes as “naked shagging” in the film.

When the actor was asked in May whether he would want to portray the suave playboy, Hemsworth said he wasn’t sure.