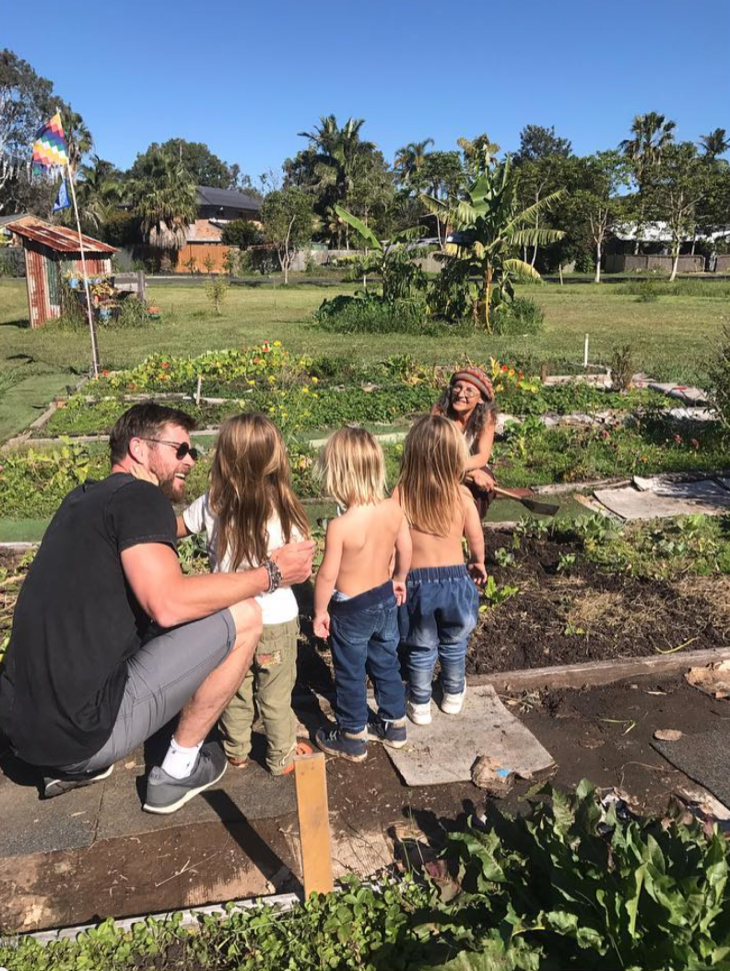 There’s no denying that Chris Hemsworth is the most hands-on dad in Hollywood. His wife, Elsa Pataky, shared a new photo of the ‘Thor’ actor gardening with the couple’s three children, India, 5, and their 3-year-old twins, Sasha and Tristan.

The Hemsworth family has recently relocated to Chris’ native Australia. And they have been spending a lot of time exploring their new home and sharing behind-the-scenes photos of the new family life on social media. Just recently, Chris opened up about how close his three children are and how envious his daughter India is of her younger brothers.

Speaking to Ellen DeGeneres on her talk show, Chris said that India spends so much time with Sasha and Tristan that she even wants to become one of them. He explained, “They get along. Absolutely. At times, siblings kind of have their moments. My daughter is kind of envious of my boys, at the moment. She came to me the other day and she was like ‘You know, Papa, I want one of those things that Sasha and Tristan have.'”

Chris continued, “I’m like, ‘What do you mean?'” he continued. “She was like, ‘You know, the things in between the legs that you have.’ I was like ‘Oh, um. Well, you see, girls …’ and then my brain’s like, How do we handle this? I was like, she’s 4, you know what, you can be whatever you want to be. And she goes, ‘Thanks, Dad!’ Runs off to the playground and that was it. I’ll have to pick that conversation up in a few years’ time.”

While his children are growing up in Australia, Chris splits his time between his hometown of Melbourne and Los Angeles. The actor will next be seen in his film, ‘Thor: Ragnarok,’ later this year.