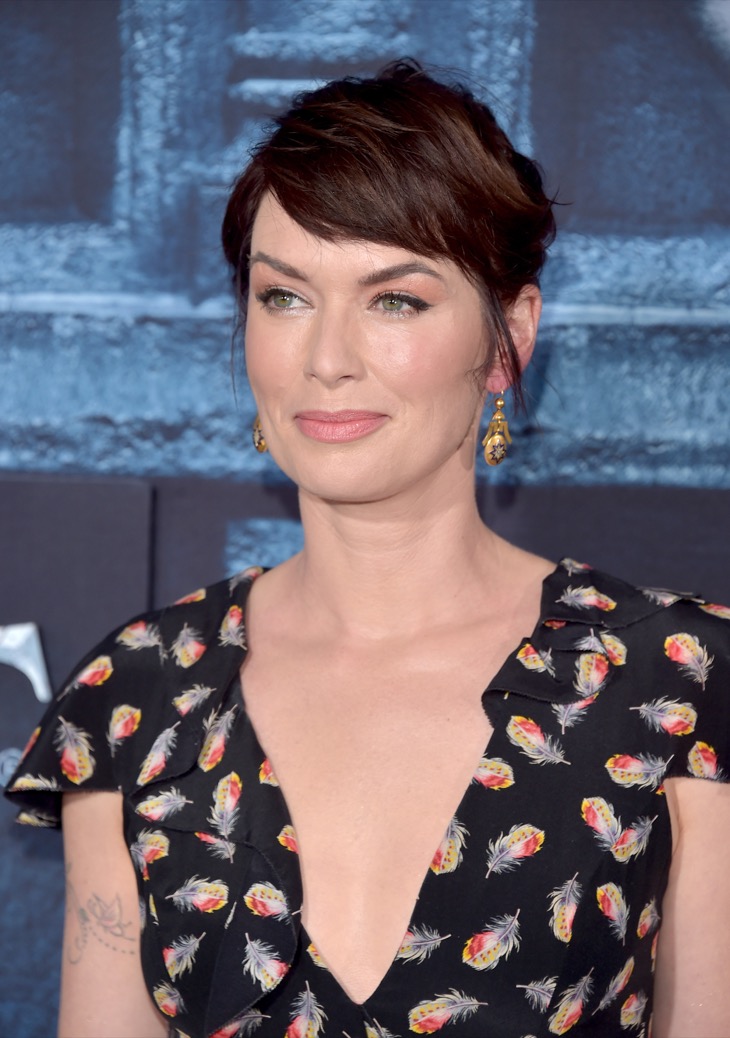 The actress opened up about her struggles in a new interview with The Edit. She says that filming season 1 of the hit HBO fantasy drama series was “horrendous” after she gave birth to her first child. She shares her son Wiley, who was born back in March of 2010, with her ex-husband, Peter Loughran. Lena also has a daughter, Teddy, with her current partner, director Dan Cadan. She was born in July of 2015.

Speaking about her depression after Wiley’s birth, Lena told the publication, “I saw a doctor for the medical check, and I just burst into tears. She said I was postnatally depressed and I went, ‘Am I? Why is that?’ I saw a great guy and he sorted me out, but I did the first year [on Game of Thrones] in that space, figuring out motherhood and going through a weird time personally. It was tricky.”

Lena ended up getting a divorce from her husband Peter Loughran in 2013. She says that even though it’s been years since they finalized their divorce, it’s still very difficult for her to talk about until this very day.

The brunette beauty also said that she now realizes everyone deals with their postpartum depression in different ways.

She further explained in the same interview, “I think some people’s brains are just wired that way if you’re a thinker. People who never get anxious always amaze me. The world could be breaking up and they’re saying, ‘Everything’s fine!’ Getting older and having kids, you learn how to become less serious about it all.”

Meanwhile, ‘Game of Thrones’ Season 7 returns to HBO on July 16.