January Jones Lunches With Her Tot 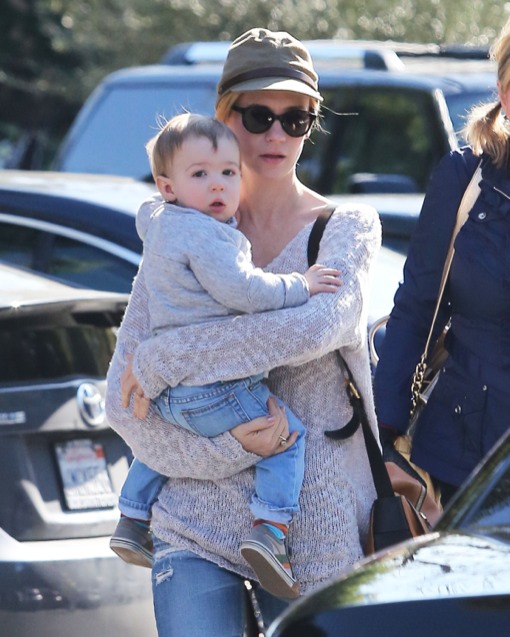 January Jones was spotted taking her son Xander to lunch in Pasadena, CA on Monday (Jan. 14).

The Madmen actress wore a grey sweater and jeans paired with a green hat as she carried Xander close on the way back to their car.  As the duo got closer, Jones let the tot down so he could practice his walking skills.

Jones can next be seen staring as a vengeful 19th-century frontier woman in Sweetwater. Th indie film with Ed Harris and Jason Isaacs premieres next week at the Sundance Film Festival.

“She reminded me of Clint Eastwood in Pale Rider, kind of dark and mean,” says Jones of her character. “She has a stalking, predator type quality that I’d only really seen in male roles, and I tried to summon that up when I was playing her.”

Tori Spelling Makes Sure Her Kids Keep Their Teeth Healthy