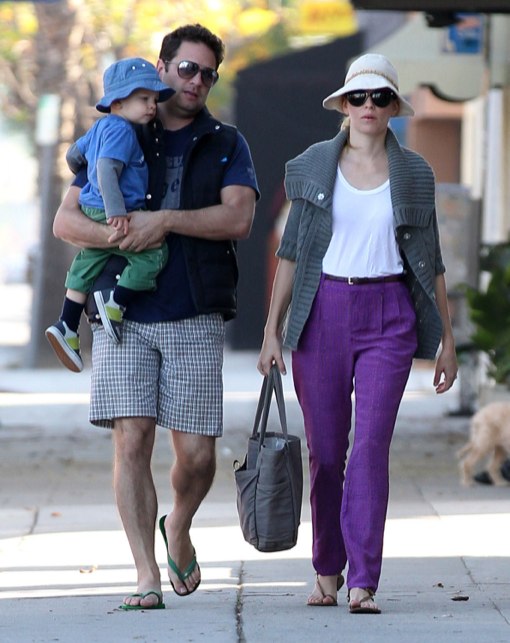 Elizabeth Banks who became a mother for the second time to Magnus Mitchell in November, admits she’s feeling the full effects of motherhood.

“Two is very different from one. When you have one kid, you feel like you can jet set around and you can throw him on the hip and you get your life done,” Banks told People at the launch of BabyGap’s Peter Rabbit collection at the Grove in L.A. Saturday. “You don’t realize how easy one is until you have two. Now I’m really a mom. Oh, I am a mom now! This is for serious — I am responsible for two people now.”

Banks admits that during the holidays her and husband Max Handelman realized just how hard parenting two kids can be.

“[We] had no help, no nannies, no babysitters. It was crazy. You forget how difficult it is to wake up in the middle of the night, how exhausting it is,” she admits. “I lost all my nails. I did dishes and cleaned bottles for 10 days so I lost all those nails!”

Banks also reveals that her eldest son Felix has made a smooth transition into big brother.

“He loves to say how cute Magnus is and he loves to give him kisses and he’s very gentle,” Banks shares. “He loves to bring him gifts — sometimes that means shoes that are thrown in the bassinet, but that’s okay.”

“I would say [Felix] is mostly unaware of what’s going on because Magnus doesn’t touch his stuff,” she adds. “I’ve heard that around 10 months — when baby can actually influence the realm of Felix — that Felix will not be happy. We’ll see how that goes.”

January Jones Lunches With Her Tot