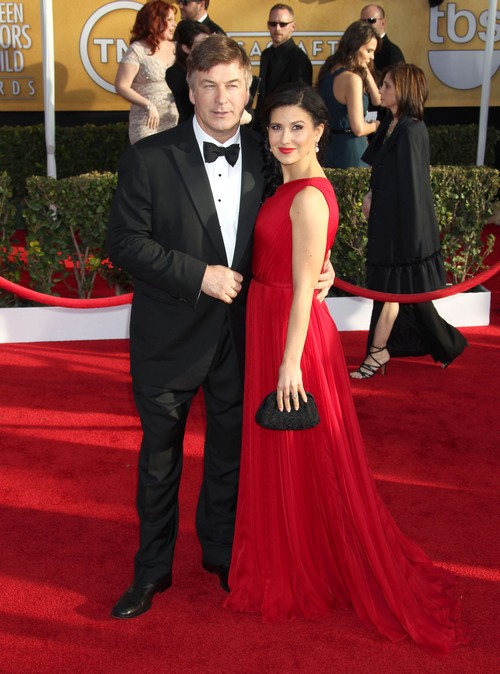 Alec Baldwin and his wife of 6 months, yoga instructor, Hilaria Thomas are expecting their first child together.  The couple got married in June 2012 after dating since summer 2011.  This will be the second child for Alec who has a daughter, 18-year-old  Ireland with actress Kim Bassinger.

A friend of Hilaria confirmed to In Touch, “Hilaria has told only really close friends and family she is pregnant, only a close circle she trusts.”  The friend went on to say, “They are both so excited and Alec is so in love with her,” Hilaria’s friend gushes. “She says she is so in love with Alec and he tells all her friends that she is the best thing that has ever happened to him.”

Alec recently talked about his five year plan and he said he really hopes it is not acting, he wants to do something else.  Perhaps he can be a stay at home father.  Hopefully he will have a better relationship with his new child than he had with daughter Ireland.  Alec and Ireland’s relationship woes went public after an angry voicemail that the actor left his then 11-year-old daughter was leaked to the press where he called her a pig.  He later apologized, blaming the pressure of the bitter custody battle he and his ex-wife.

He also recently said if they have children he doesn’t want his future kids to look like him, but rather like Hilaria, his brand new trophy wife.

Congrats to Alec and Hilaria!