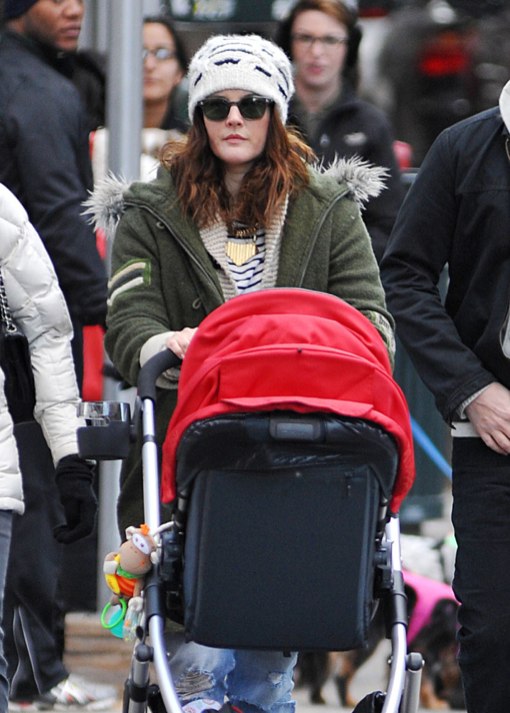 Drew Barrymore and Will Kopelman will be raising their 4-month-old daughter, Olive in the Jewish faith.

“He’s a nice Jewish man from a nice Jewish family,” Barrymore said of Kopelman while making an appearance appearance on The View Friday (Jan. 25). “I’m a shiksa [gentile]. I do the seders and we do Passover. I haven’t converted yet, but Olive will be raised traditionally.”

“We had a very traditional wedding ceremony with Rabbi Rubenstein and I did the ketubah,” the Big Miracle actress said of the religion’s prenuptial agreement. “We wore the yamakas and we did the chuppah.”

Barrymore  adds that Judaism is, “a beautiful faith” and  she’s “so honored” to be around it.

“It’s so family-oriented,” she explained. “The stories are so beautiful and it’s incredibly enlightening. I’m really happy.”

Since giving birth, Barrymore has all made another change.

“[Olive] actually has made me a morning person, so she’s already made me a better person in every way possible,” Barrymore gushed. “I’m like Godzilla in the morning. . . before I’ve had that cup of caffeine. and with her, I sing her ‘Good Morning’ with my husband from Singing in the Rain every day. She has the biggest smile and it’s the first time I’ve smiled in the morning. I love it!”

Jillian Michaels: Being a Mom You Learn Real Quick What Matters and What Doesn’t