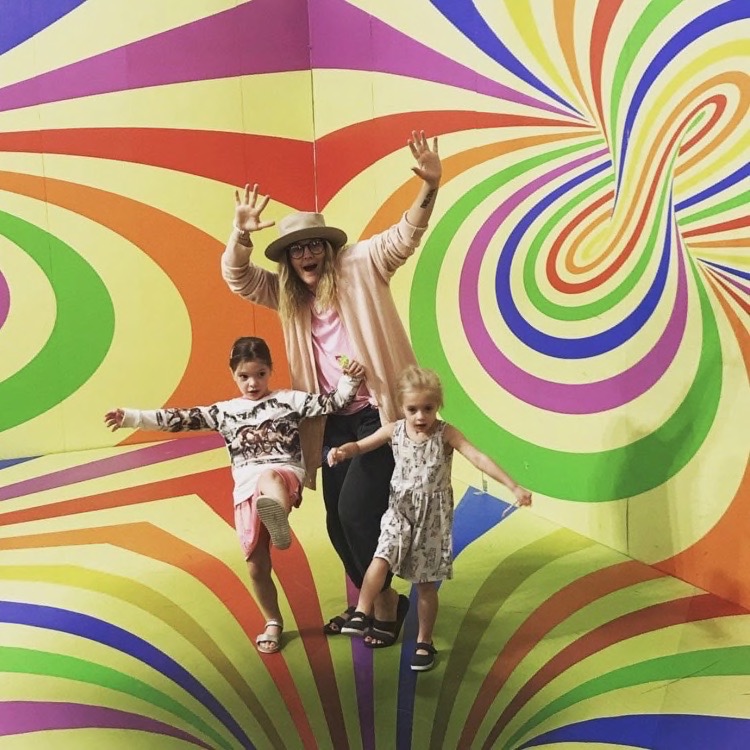 It was a funday for Drew Barrymore and her two daughter’s Frankie and Olive.

The Santa Clarita Diet actress took to Instagram to share a cool shot of herself and her girls making funny poses while at Candytopia in Santa Monica, CA on Sunday.

“Woooooohoooooo. When you go back to being a parent after a lot of work, and take your kids to @thecandytopia and spend a wonderful Sunday. I love my girls so much. Some times, it would be fun to just jump down the wormhole, and see a different world. For now, we just pretend to, and be silly about it!!!!!!!!,” she captioned the shot.

Barrymore recently revealed that she was in a dark place after separating from husband Will Kopelman.

“I personally was in a very dark and fearful place, and then this script came along, and I was like, ‘Yeah, I don’t think it’s a good time,’” Barrymore told Willie Geist on Sunday Today about her Netflix comedy.

“I was not looking for a job,” she added. “I had actually stopped acting for several years because I wanted to raise my kids, but then a shift happened in my life and I was separating from their father and it was just a very difficult time.”

Barrymore filed for divorce from Kopelman in July 2016, after nearly four years of marriage.

They are both committed to co-parenting their daughters amicably.

Tips on Bully Proofing Your Kids