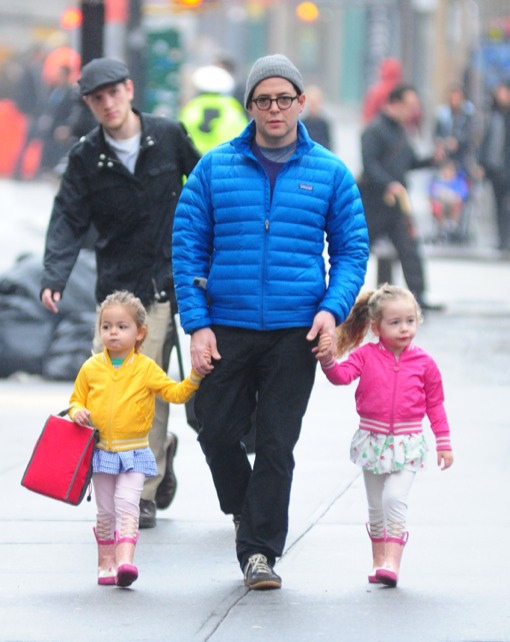 Like a devoted father and husband, Matthew Broderick was spotted taking over the school run for his wife Sarah Jessica Parker in New York City on Monday (Dec. 10).

The Tower Heist actor was dressed warmly as he held hands of his twin daughters Marion and Tabitha while walking to their preschool. The 3-year-olds looked stylish in jackets flowing tops, Gap tights and rain boots.

“I’m a big fan of the show. I’m amazed that I’m here — last night I was on Broadway, then I got on a plane and now I’m here. And I know two-thirds of my lines,” Broderick said when asked about squeezing in this quick gig on his one day off from Nice Work If You Can Get It on Broadway.

The Broadway show pulled in over $1 million last week.

Megan Fox: I Love Noah Some Much It Hurts