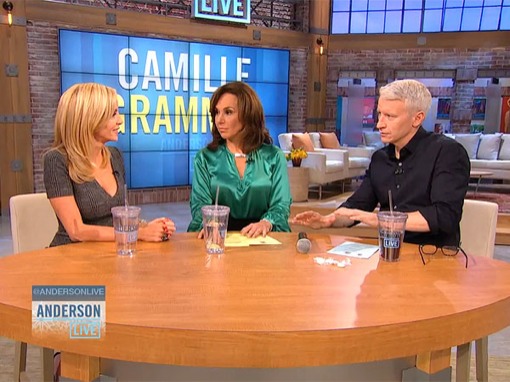 Kelsey and Camille Grammer‘s bitter split is making it hard for them to co-parent their two children, Mason and Jude.

While appearing on Anderson Live on Tuesday, Camille reveals that their lack of communication makes it almost impossible to co-parent.

“It’s very difficult to co-parent with somebody that won’t speak to you, text you or email you,” she says. “I’ve reached out to him. I think it’s very important to be amicable to raise children, and he refuses to. There’s just so much I can do at this point.”

Asked how they do communicate, she replies: “It’s usually through lawyers. So, we are spending a fortune just to try to co-parent, which is ridiculous.”

To make matters worse, Camille claims that Kelsey forbids their children from mentioning her name at his home.

“They’re not allowed to same my name in the house,” the Real Housewives of Beverly Hills star says. “These poor kids, my daughter and my son, can’t say my name in their father’s house.”

She says she consulted her lawyers to see if she could do anything about it.

“I said, ‘What’s my recourse in this? What do I do as a parent?’ “ she says. “It must be stressful for them to not be able to say their mother’s name. But there is no recourse because we already settled our custody.”

A rep for Kelsey had no comment on the claims.