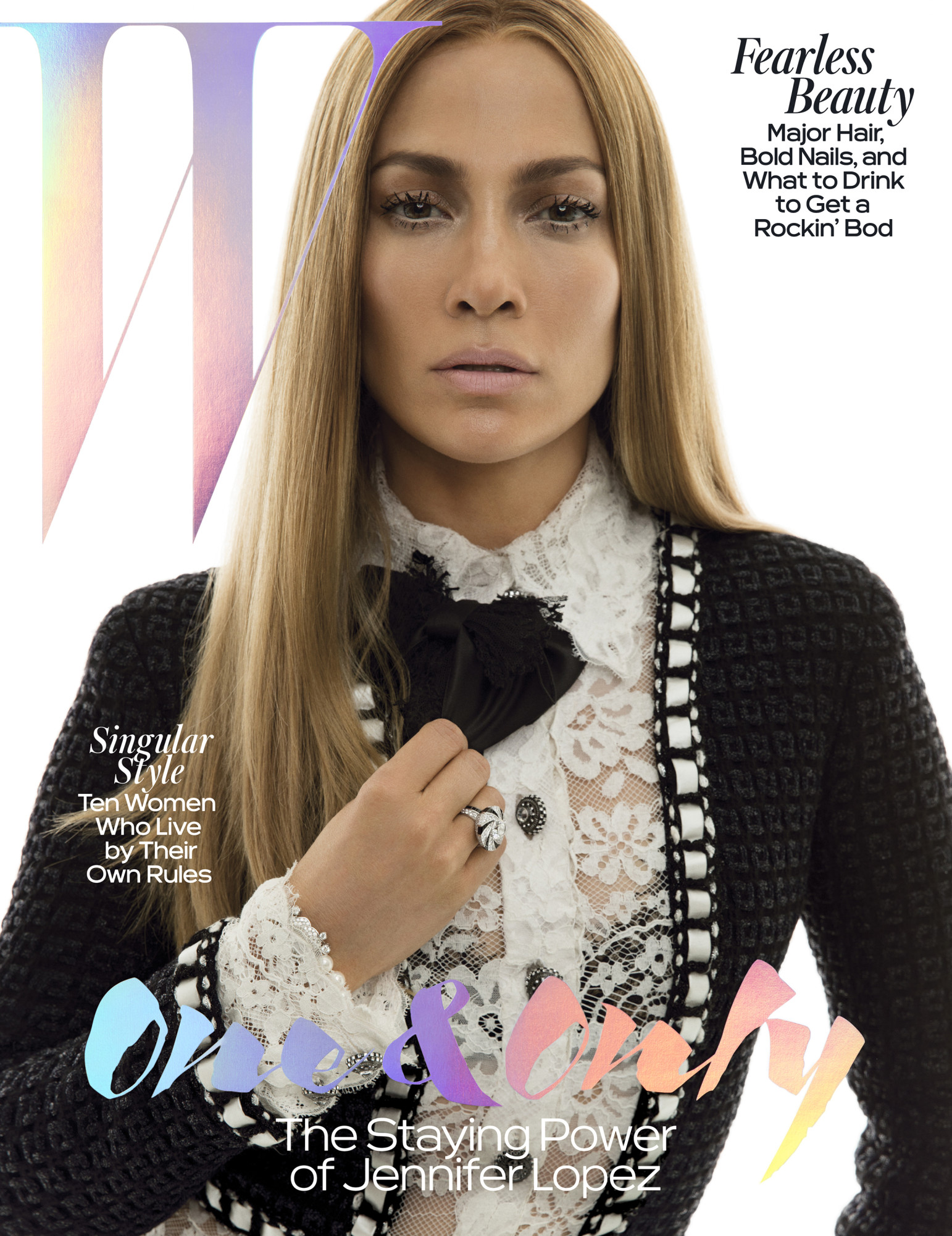 Jennifer Lopez covers W magazine for its May 2016 cover story, while opening up about her career and  2011 split from ex-husband Marc Anthony.

The singer says she tried to move past the failure of her marriage for the sake of her twin children Max and Emme.

“When my marriage ended, it was not easy to find forgiveness. It wasn’t the dream that I had hoped for, and it would have been easier to fan the flames of resentment, disappointment and anger. But Marc is the father of my children, and that’s never going away. So I have to work to make things right. And that is, by far, the hardest work I do,” she said.

Lopez admits she knew early on things were not go to work between her and Anthony.

“I hung in there for seven years,” she said. “I knew very quickly that it wasn’t the right thing.”

The Shades of Blue actress who is currently dating Casper Smart has not lost her faith in marriage.

“We got together and broke up, and are now together again,” Lopez said of her “Bear,”. “I still think about getting married and having that long life with someone. I love the movie The Notebook. A dream of mine is to grow old with someone.”

Lopez says career-wise women have a harder time receiving respect and she has led to her being underestimated.

“People may now think I’m nice, but they still act surprised when I’m smart,” Lopez mused. “It’s a man’s world and, truly, people in a business setting do not value a woman as much as a man. I feel like I’m constantly having to prove myself. If a man does one thing well, people immediately say he’s a genius. Women have to do something remarkable over and over and over.… People underestimate me. They always have, and maybe that’s for the best. It’s fun to prove them wrong.”

To read the full cover story pick up W on newsstands now.