A Pregnant Kate Middleton Leaves The Hospital and Goes Home 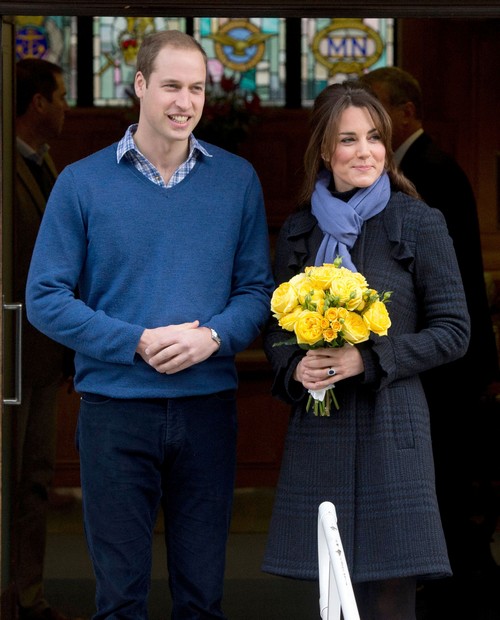 Kate Middleton, The Duchess of Cambridge, who was being treated at King Edward VII Hospital after being treated for acute morning sickness left the hospital today.   After three days in the hospital Kate was spotted leaving today (December 6th, 2012) on the arm of her husband Prince William with a bouquet of yellow flowers.

As we reported yesterday Buckingham Palace has officially announced that Kate Middleton and Prince William are expecting their first child together.  After months and months of speculation by Royal watchers, the big announcement was finally made.

The news was released earlier than the couple wanted because Kate was suffering from acute morning sickness and had to be hospitalized.  It is rumored that the Duchess is 12 weeks pregnant.

Kate’s good pal, Jessica Hay revealed more about the pregnancy to Life & Style, ““They cried with joy when they found out she was pregnant. Catherine’s been steadily putting weight on since April this year and hasn’t been drinking for a good few months — they’ve been preparing all summer. It was decided that they’d try at the tail-end of the royal tour in September, and that’s when it happened! The difference in Catherine is already tremendous. She’s due in July, which is a month full of significance for William. His mother, Diana, was born on July 1, and his parents got married on July 29.”

Royal Family News: Prince William Dishes on Which of His Children Is The Biggest…