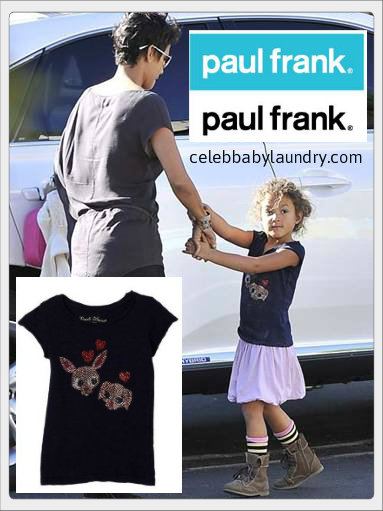 In late November, Berry was spotted picking up the 4-year-old at school in Santa Monica, Ca. The youngster looked adorable while sporting a Paul Frank Tee and puffy pink skirt.

Born out of the need for a fun outlet celebrating creativity and individuality in Southern California, Paul Frank Industries (PFI) was formally incorporated in December of 1997. With its bright color palette and unique sensibilities, the company has attracted an almost cult-like following of all ages that love PFI’s witty take on every day objects.

A Pregnant Kate Middleton Leaves The Hospital and Goes Home