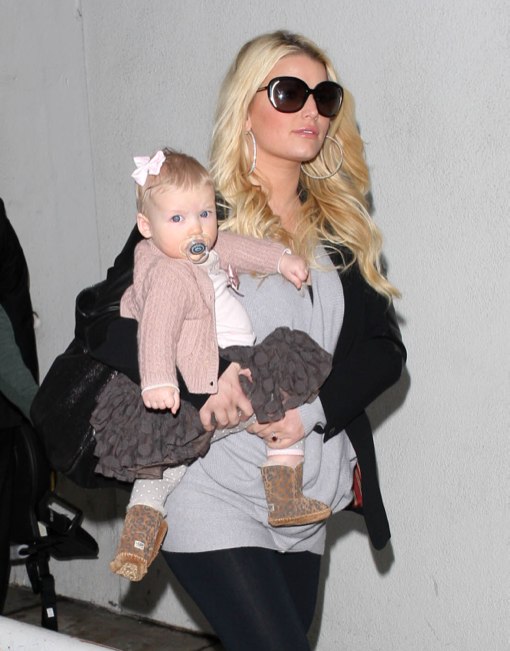 Is that a bump?

Jessica Simpson, her fiance Eric Johnson and their 7-month-old daughter Maxwell Drew touched down from a flight at LAX airport in Los Angeles, Ca on Thursday (Nov. 29).

Earlier in the week, Us Weekly exclusively reported that the Weight Watchers spokeswoman is pregnant with her second child.

“It definitely wasn’t planned. But yes, Jessica is pregnant again.”  a source said of the singer who just revealed she lost the 70 lbs she gained while pregnant with Maxwell.

“She really is overjoyed!” the source added.

Judging by these pictures it seems like the magazine’s sources may be right. Simpson was strategically dressed in attire that screamed, “I’m hiding a bump”.  She wore a black sweater over a loose fitting grey sweater and black tights.

The big question now is how will getting pregnant so shortly after losing the baby weight affect her Weight Watchers contract?  Considering Simpson was paid $3 million, it would come as no surprise if she had to agree not to get pregnant in the near future.