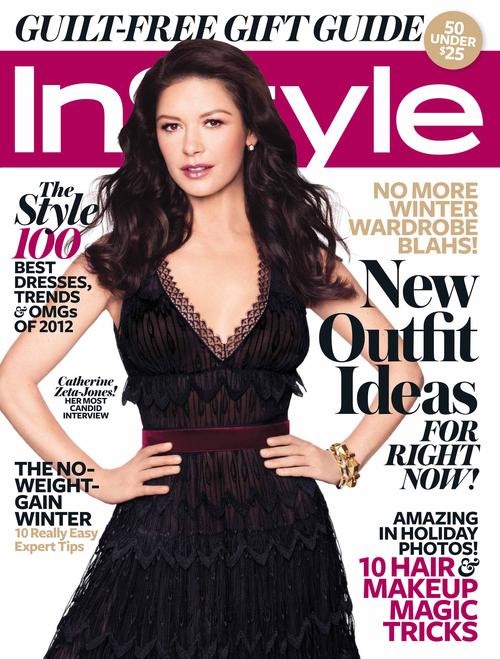 Looking stunning in a Nina Ricci dress on the December issue of InStyle magazine, Catherine Zeta-Jones opens up about having more children and telling the world she suffers from Bipolar disorder.

The actress who has two children, Dylan and Carys with husband Michael Douglas doesn’t believe she will have more children in the future.

“My daughter asked me if we were going to have more kids. I said no. She said, ‘Well if you do, I hope it’s not a girl. I don’t want to share the jewelry.’ Smart kid,” Zeta-Jones joked.

“Michael said he doesn’t want to be too old where I have to push him in a wheelchair as well as [push] a stroller,” she added.

Last April, the actress publicly checked herself into mental health clinic to treat her bipolar disorder. Having her disorder under control, she hopes that it can help others deal with their mental health problems.

“It’s not easy,” she admits. “I’m not the kind of person who likes to shout out my personal issues from the rooftops, but with my bipolar becoming public, I hope fellow sufferers will know it’s completely controllable. I hope I can help remove any stigma attached to it, and that those who don’t have it under control will seek help with all that is available to treat it.”

For more of the star’s interview pick up the December issue of InStyle on newsstands Friday, Nov. 16.