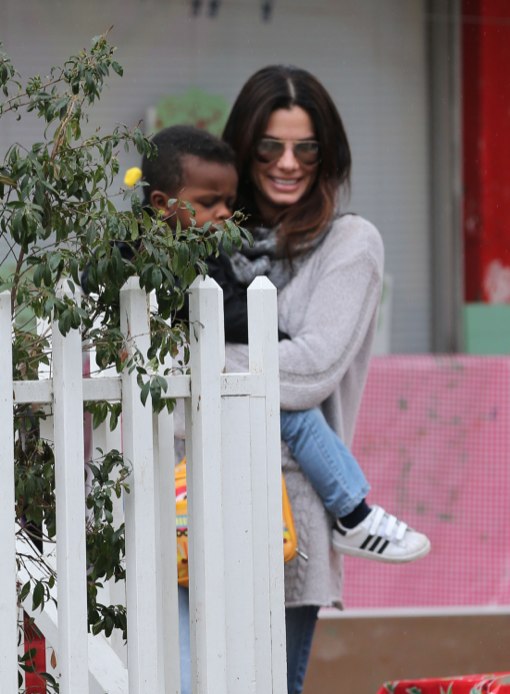 Sandra Bullock was spotted picking up her son Louis from preschool in Los Angeles, Ca on Wednesday (Nov. 28). She wore a loose fitting sweater with jeans as she carried her little tot.

In a recent interview, Paul Feig the director of the actress’ new film The Heat revealed how alike Bullock is to her character.

“Sandra’s character is named Sarah Ashburn, and Sandra has very Ashburn-ian qualities,” he told Entertainment Weekly. “She [Ashburn]‘s very by-the-book, and she has a very distinct way she likes to do things, and she’s a very together kind of person.”