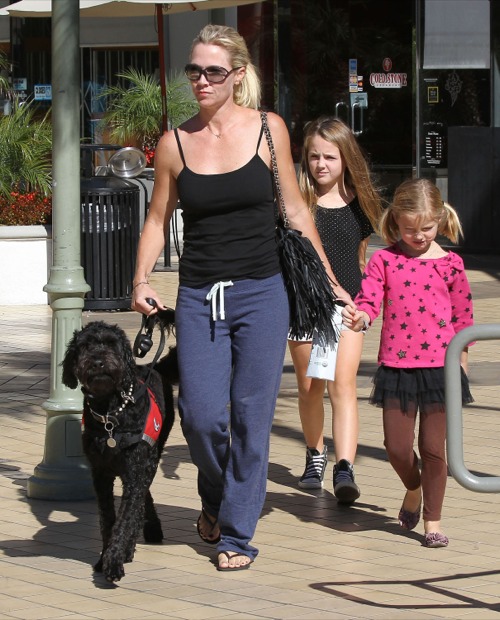 Jennie Garth took her daughters Lola and Fiona to a dog park in Studio City, Ca on Sunday. They were spotted walking with their big black dog before letting him loose so he could enjoy a run around the park. Afterwards, the girls caught some lunch at the California Pizza Kitchen

The 90210 actress who recently split with husband Peter Facinelli admits she attracted to bad boys.

“I only like guys that are not nice,” she said sheepishly, on Friday’s The Jeff Probst Show.

She knows, deep down, that’s not a good thing.

The mom has lost 30 pounds since her divorce.