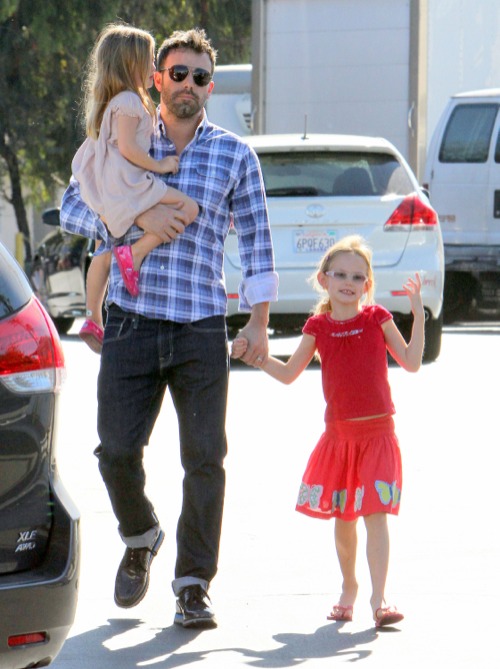 Ben Affleck spent a father-daughter day with his two daughters Violet and Seraphina at the Farmers Market in Pacific Palisades, California on Sunday.

Violet wore a red top and skirt while browsing the vendors and giving the picture taking paparazzi funny faces. Seraphina wore a pale dress with bright pink flats as she made sure to stick close her dad.

The Argo actor’s wife Jennifer Garner was not present, but it looked like he had her on his mind while buying flowers to take home.

Affleck has confessed that he and longtime high school friend Matt Damon decided to stop working together after they gained worldwide fame in order to develop their respective careers.

“We wanted to have our own identities; this whole Matt and Ben thing was so strong it kind of upstaged whatever the movie was,” he told

“I think it’s been long enough now, so we’re about to do this movie together called Whitey, about this famous gangster in America. Matt’s going to play him and I’m going to direct.”

Lets hope their new movie is a success!