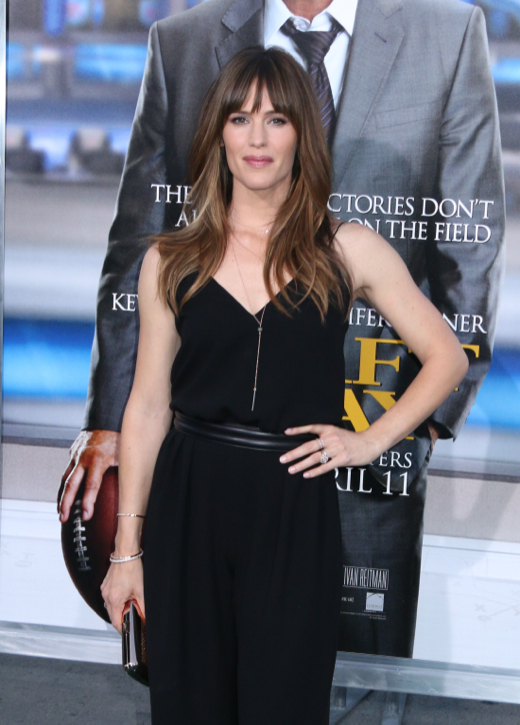 Ben Affleck may get a little too into his daughter’s Violet’s basketball games!

While promoting her her new football movie Draft Day, Jennifer Garner revealed that her husband makes their daughter’s basketball games quite interesting.

“I clap for everyone who makes a shot on either team because I feel like, good shot, great job,” she told cohosts Kelly Ripa and Michael Strahan on Live! With Kelly & Michael. “Meanwhile, he’s freaking out and I’m constantly like, ‘stop it!'”

Sometimes the mom-of-thee has to calm her husband down.

“You know, he’ll be saying, ‘she’s open! Do you see she’s open?!'” Garner told. “It’s like, ‘Ben, they’re eight. You’re yelling at an 8-year-old little girl. She will see that Violet is open and she will get the ball to her when it’s appropriate.'”

The couple are also parents to Seraphina and Samuel.

Affleck picked up the parenting duties while Garner was busy promoting Draft Day.  On Friday, he flew out of Los Angeles to begin filming Batman.