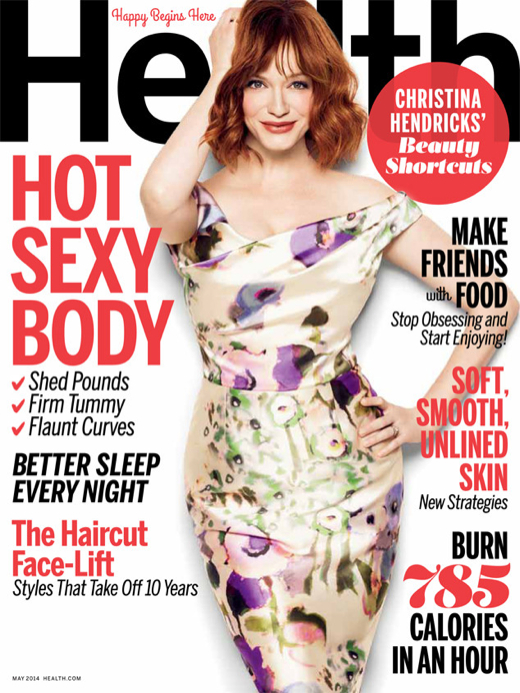 While appearing on the cover of Health Magazine, Christina Hendricks opens up about her home life with husband Geoffrey Arend.

The Mad Men actress insists they don’t want children and are happy in their current situation.

“We got a puppy, and that’s my idea of starting a family. People say, ‘Oh, that’s practice for parenting,’ but if it’s practice for anything it’s to be a mom to another puppy,” Hendricks tells. “We’ve decided that we are not really interested in having children.”

Hendricks admits most people tell her she will change her mind one day.

“It’s just very normal for people to say, ‘Well, when you guys have kids …’ And then when I say, ‘Actually, I don’t think we’re going to do that,’ people will say, ‘Oh, you say that now …’ It doesn’t bother me, though. And, you know, there’s a small chance I could change my mind,” she remarks.

The actress also talks about how she keeps her hourglass figure.

“I would say my favorite workout is just the elliptical and doing some free weights. I’m trying to mix it up,” she admitted. “I do Bar Method sometimes, but it’s really hard!”