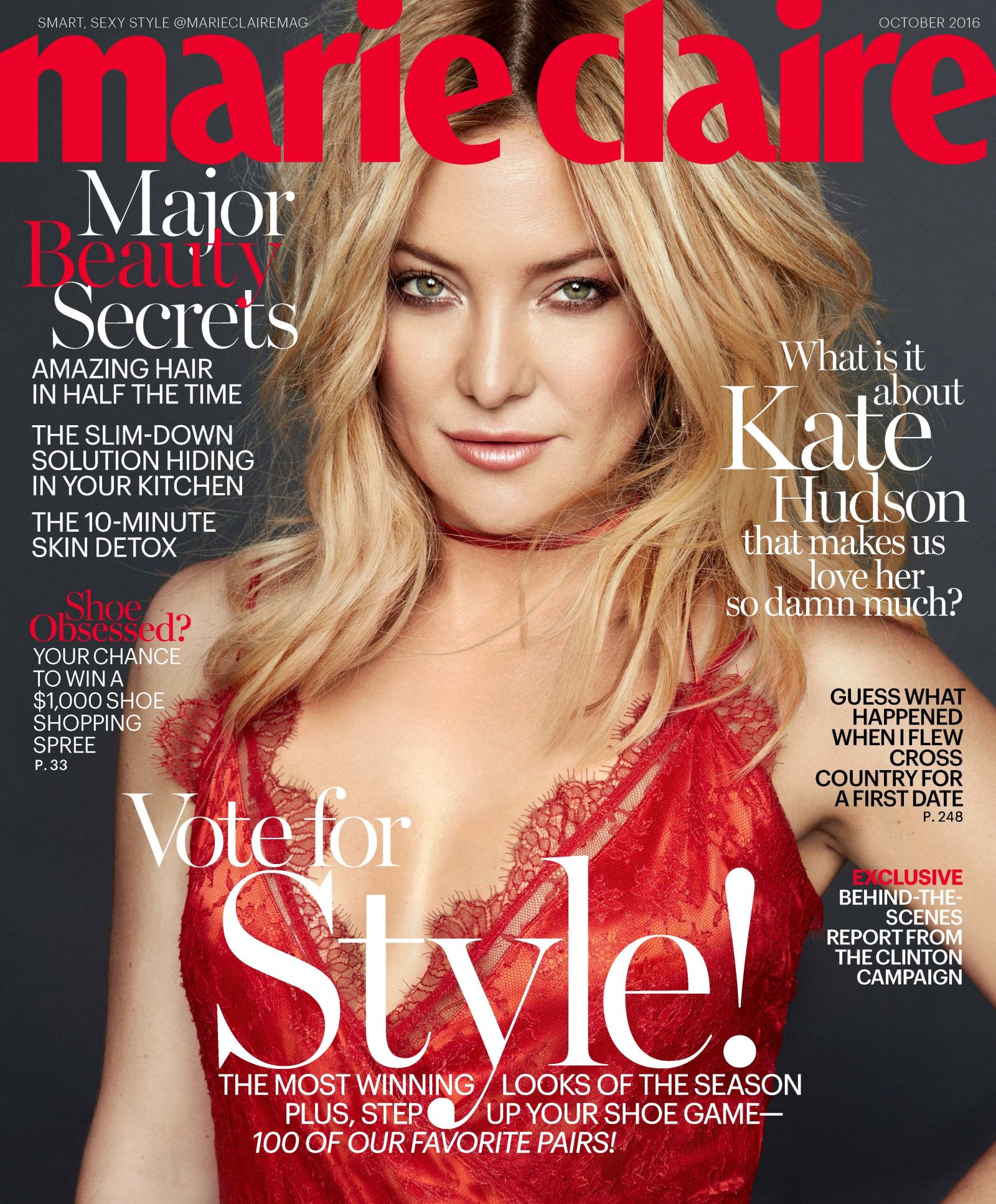 Kate Hudson covers the October issue of Marie Claire while opening up about her past relationship, and being a single parent to her two sons.

The Fabletics founder says she doesn’t expect herself to be perfect when it comes to parenting her 12-year-old son Ryder and 5-year-old son Bingham.

“I don’t try to sugarcoat things. I’ll say, ‘I’m doing the best I can.’ I like cooking, I like presenting. I like it to be an experience and [my kids] help me with it, but if they want something after that, I’ll be like, ‘Look, I’m placing a meal out for you like a king. I can’t do everything. I’m going to have to be the OK mom,” she admitted.

Hudson also opens up about her past relationships with ex-husband Chris Robinson and with ex-fiancé Matt Bellamy.

“I think forgiveness is the biggest part of it…I think everybody wants to point fingers. If you are a person who takes responsibility for yourself and your part in it, you have a much better chance of maintaining a nice relationship. It also means that you grow up. A lot of people don’t want to grow up because it sucks,” she tells, while explaining why she is so tight lipped on her exes, “The reason I don’t talk about anything like that is because I have kids. People ask that question as if, ‘Oh yeah, it’s really healthy to publicly talk about who I am or am not dating when I’ve got a tween.’ [Ryder] can read, and he can hear. I’m not going to indulge in that kind of thing until there’s someone in my life who I am introducing to my kids.”

To read the full interview pick up the latest issue of Marie Claire, on newsstands September 20.