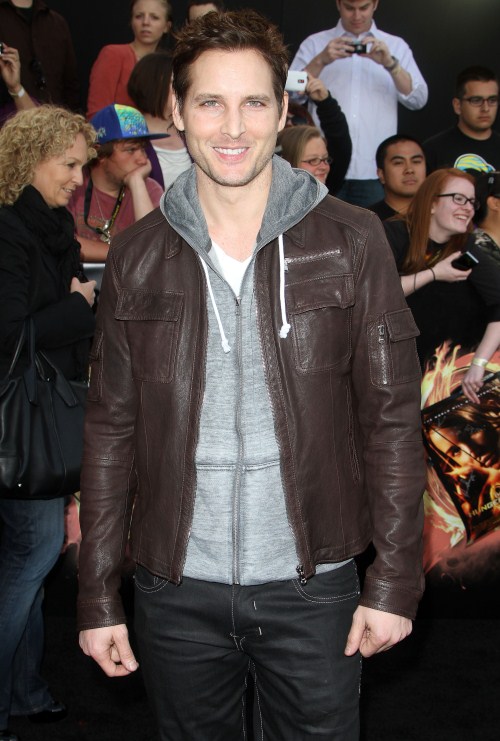 Peter Facinelli has opened up about being a divorced parent and trying to co-parent with his ex Jennie Garth.

The Twilight actor who was married to Garth for 11 years says he has tried to take a day by day approach to parenting his three daughters Luca, Lola and Fiona.

“When you’re going through it yourself, you have to take it day by day,” Facinelli told People while promoting the Sears Outdoor Life collection in New York on Thursday.

Facinelli enjoys having quality time with his daughters by taking them on road-trips and outdoor adventures.

“I take the girls RV-ing all the time,” says Facinelli, 38. “There’s a lot of s’mores-making and singing by the campfire.”

For Facinelli, these great escapes are necessary.

“It’s something about being in the woods. It slows everything down and you’re a part of nature and just spending time with your family. It’s pretty great.”

As for how his girls like roughing it, “They bring out my sensitive side and I toughen them up a little bit,” he says.

The former couple both agree they a good parents together.

“Co-parenting takes two great parents to put their differences aside and focus on the children,” he says, “and that’s what I’ve been doing,” Facinelli shares.

Guess The Celeb Parents Of These Little Scooter Cuties?

Colin Farrell On Fatherhood: “I Don’t Know What I’m Doing, And That’s A Very Liberating Thing!”