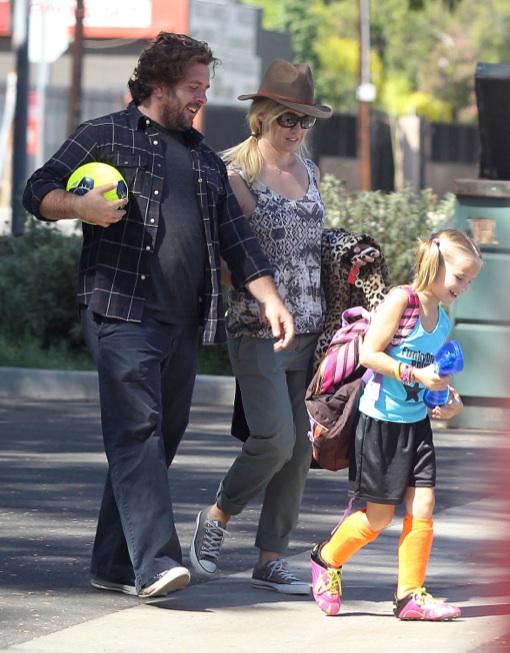 The former 90210 actress was dressed in silk tank and army colored khakis while cheering on Fiona.  She chatted with daughter Lola before sharing some hugs with Shimbo.

Garth confirmed she was dating the media executive last week.

The new couple recently attended the Comedy Central Roast of James Franco together on August 25.

Garth split with Peter Facinelli in March 2012 after 11 years of marriage.

Teach Your Kids the Three R’s