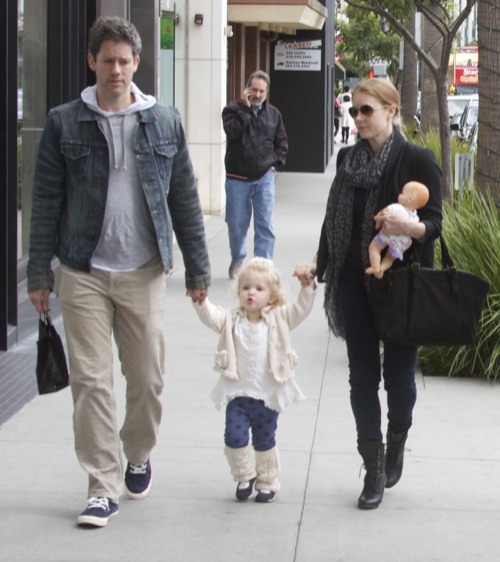 Amy Adams, her fiance Darren Le Gallo and their 2-year-old daughter Aviana were spotted leaving Nate N’ Al’s after lunch in Beverly Hills, Ca on  Saturday. The family looked adorable as they all held hands while leaving.

The Trouble With the Curve actress admits that she spends so much time working away from her home in Los Angeles that when she returns she just wants to spend time with her family.

“I don’t have a lot of friends or a social life. I’m a stay at home sort of person. I travel so much for work so when I get home I just want to stay there. We’re pretty ordinary. On Saturday I get up early and go to the grocery store – it’s empty then. Afterwards we usually do some sort of outing with Aviana. We try to have as much family time as we can,” Adams told Stella Magazine.

It was recently announced that Adams will portray Lois Lane opposite Henry Cavill as Superman in the upcoming comic book reboot film, Man of Steel.