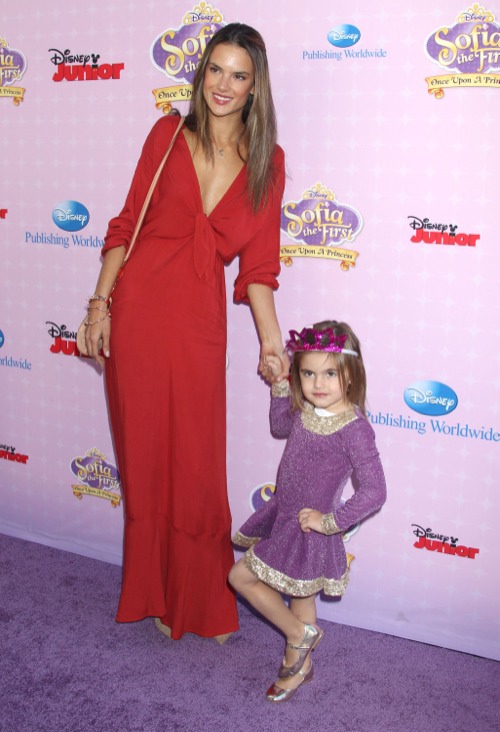 Alessandra Ambrosio and her 4-year-old daughter Anja attended the Sofia The First: Once Upon a Princess at the Walt Disney Studios in Burbank, Ca on Sunday.  The model posed with Anja who stole the spotlight by showing off  her own modelling poses.

The supermodel’s career has been keeping her busy of late. She recently walked the Victoria Secret runway in a $2.5 million Fantasy Bra. The event which was hosted by singer Rihanna will air Dec. 4 on CBS.