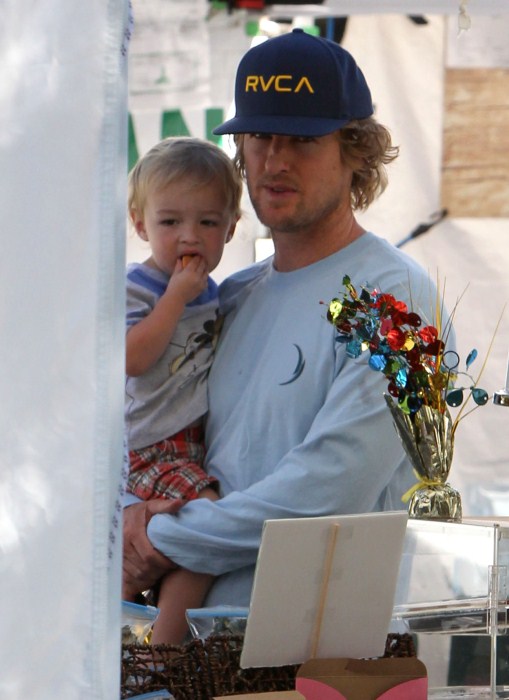 Owen Wilson took his son Robert to the farmers’  in Malibu, Ca on Sunday.  The father-son duo were joined by Wilson’s mother Laura while they browsed the stalls and enjoyed some sweet snacks.

The actor looked casual in a blue baseball hat paired with a sweater and cargo pants while carrying Robert. The 20-month-old tot wore plaid pants with a baseball top.

Wilson and Vince Vaughn have been shooting their next film, The Internship at Google’s Mountain View, Ca campus. Google employees will appear as extras in film.

“We’re excited that Vince Vaughn and Owen Wilson chose the Google campus as a backdrop for their first film together since Wedding Crashers. We’re sure they’ll have a humorous take on life in Silicon Valley and look forward to seeing the result,” Google said in a statement.