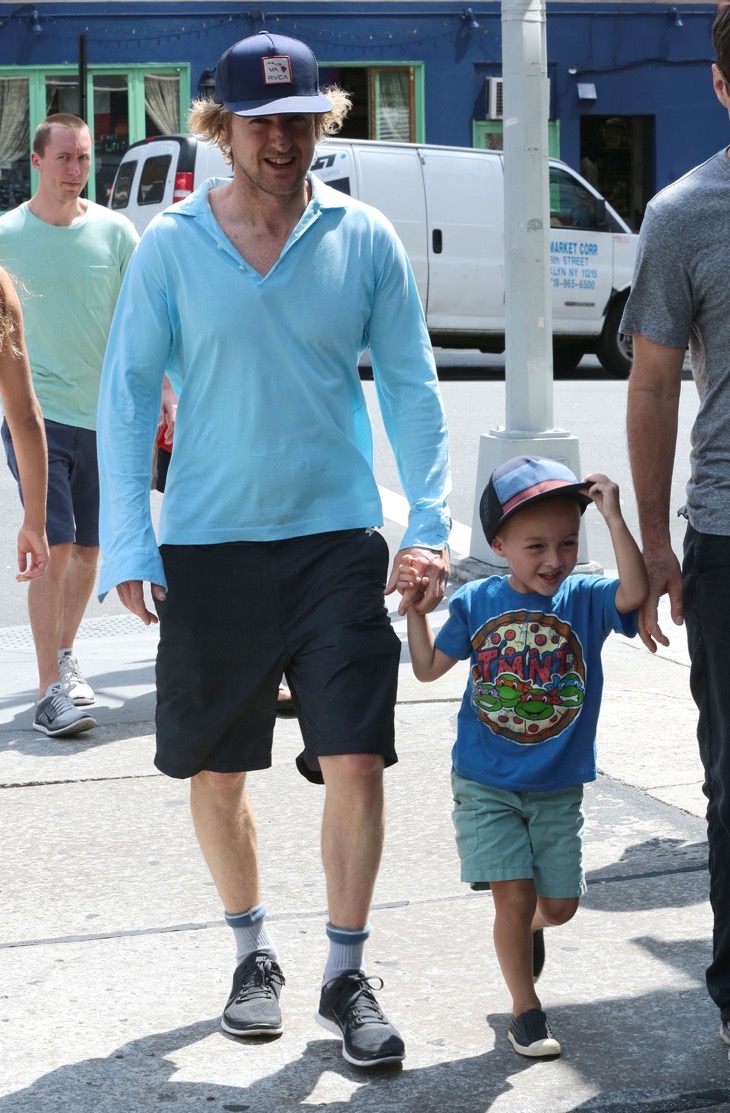 Owen Wilson, 46,  and his four and one-half year old mini-me son Robert Ford Wilson were spotted out and about in New York City, New York on August 29, 2015.

Owen was dressed casually in grey shorts, turquoise shirt and baseball cap and a smiling little Robert was wearing a Ninja Turtles tee and a baseball cap like his Dad.

Robert’s Mom is Jade Duell whom Owen ended his relationship with in June 2011. Owen has one other child, a son, 19-month Finn Lindqvist Wilson with personal trainer and long-time friend Caroline Lindqvist.   Owen and Caroline have no relationship and Caroline addressed having a baby with Owen saying, “Owen and I decided to have a child even though we’re not in a relationship. And we’re not planning on starting a relationship, either.”

Owen’s New movie, “No Escape” opened yesterday and the synopsis is, “In their new overseas home, an American family soon finds themselves caught in the middle of a coup, and they frantically look for a safe escape in an environment where foreigners are being immediately executed.” The movie is directed by John Erick Dowdle and also stars Lake Bell and Pierce Brosnan.  Check out a sneak peek below

Ways to Boost Energy While Pregnant

Getting Gorgeous Lips with Restylane® Silk