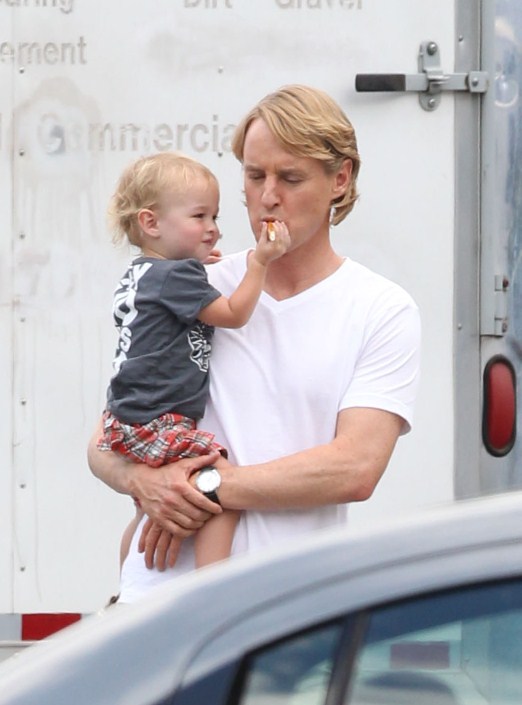 Owen Wilson was spotted bonding with his one-year-old son Robert Ford on the set of his latest film, The Internship on Tuesday. While taking a break for lunch, Wilson carried Robert around the Californian set. The tot looked adorable in a black Ramones top and plaid printed shorts with beige tennis shoes.  At on point, Robert who was munching on a bread stick tried to feed it to Wilson.

After the success of The Wedding Crashers in 2005, Wilson and friend Vince Vaughn have joined forces to star together in The Intership.  According to Hollywood.com, the film will center around a pair of middle aged career men who lose their jobs and need to start back at the bottom of the corporate ladder with internship positions.

Do you think their new movie sounds good? Will you go see it?