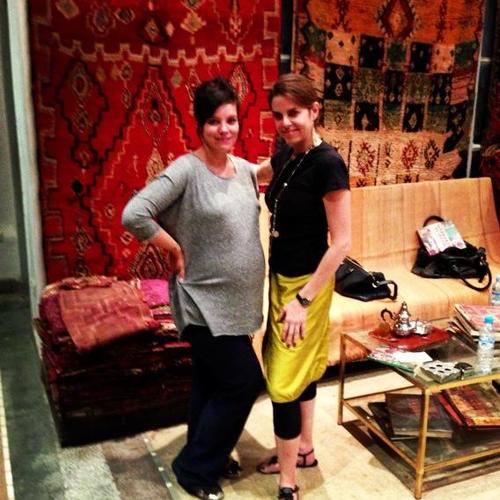 On Thursday, Lily Allen took to her Twitter page to post a picture of herself for the first time since it was revealed she was expecting her second child. In the picture, the singer wears a loose fitting grey sweater and black sweats while hugging a friend.

“This is me and Maryam of @MyMarrakesh who took me shopping in marrakesh and showed me all this amazing stuff,” she captioned the photo.

“Yes, she is pregnant,” her father, Keith Allen confirmed.

The couple already have who has one child, 11-month-old daughter Ethel.