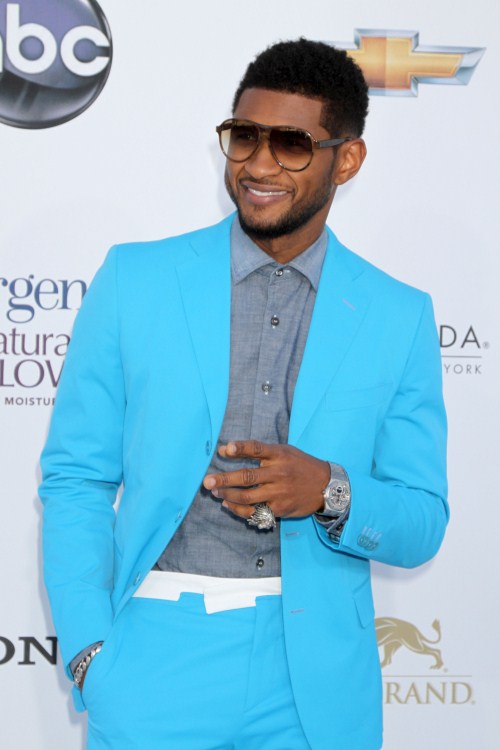 Usher who was recently awarded  primary custody of his two children Usher V and Naviyd after a three year battle with ex Tameka Foster has opened up about the experience for the first time.

“This will be the only time that I’ve ever chosen to speak about it. I’ve been a man of integrity throughout the entire process, which I hope my boys will understand,” Usher told to Oprah on the September 16 episode of Oprah’s Next Chapter. “That’s the way to go. That’s the way to be.”

The former couple had originally planned to tie the knot in July 2007, when Foster, a celebrity stylist , was five months pregnant. The wedding was called off when Usher’s mother refused to attend the ceremony, but the singer and Foster swapped vows one week later in a private ceremony.

“I wanted to give her the wedding that she wanted. But I wasn’t quite ready,” Usher admitted. “I impregnated this woman, we were in a relationship, we were in love. . . I was taking responsibility.”

It wasn’t until 2008, before Naviyd was born, that Usher realized the marriage was doomed.

“When we had Usher V, it was by far the most incredible moment of my life. I couldn’t have been more happy,” said the singer. “After that, I did get a great sense of the insecurities that were there and the fact that she wasn’t coping well with being in this position, being married to Usher, and all that came with that.”

“Let’s put aside all of the issues that come with being a celebrity and having married someone that people don’t approve of,” he continued. “You have at-home problems with communication, with understanding of how things go. It is hard being married.”

“I didn’t know how to balance it. It was obviously too much for me,” he added. “I didn’t want to get to the point where I would cause myself harm or do anything that I felt like would be harmful to me, so I couldn’t stay in it.”

The two tried to save their relationship by seeing a marriage counselor. In the end,Usher filed for divorce in June 2009 which begun a “nasty” custody dispute.
During the trial, Foster accused her ex of cheating on her and claimed he was an absentee father.

“Absentee from the aspect of having to go and work, that probably would be her version or idea what absentee would be,” he explained. “But no, I’m not an absentee father at all.”

Even today, “We don’t see eye-to-eye,” the “Scream” singer revealed. “The friend that I was to Tameka, I don’t know that I could ever be again, because I really felt like we were friends. She made us enemies in a way that I could never understood. It wasn’t until I was on the stand, where I cried, when I realized, ‘Oh, this is an attack.'”

Though he sometimes relies on the assistance family members and a nanny,

“I was born to do what I’m doing as a dad,” Usher said. “I realized that once I had a child. When I had them, that’s when they became a priority. It wasn’t because of this case.”

“Having not had a father wasn’t a reason not to be a good father. That was all of the reason to be a good father because I didn’t have one,” the musician said. “Every bit of who I have become and the way I think I have handled these things represents the example for how I would like for my boys to be able to do things. It’s been definitely hard between me and my mother, and it may be hard between them and their mother in the future, but you’ve got to work through it. You’ve got to be all right with people being who they are.”

What do you think of divorces when children are involved?
Image Credit: Fame/Flynet
Continue Reading

You might also likeMore from author
Naviyd Ely Raymond