Pink Wants A Second Child After She Finishes Touring 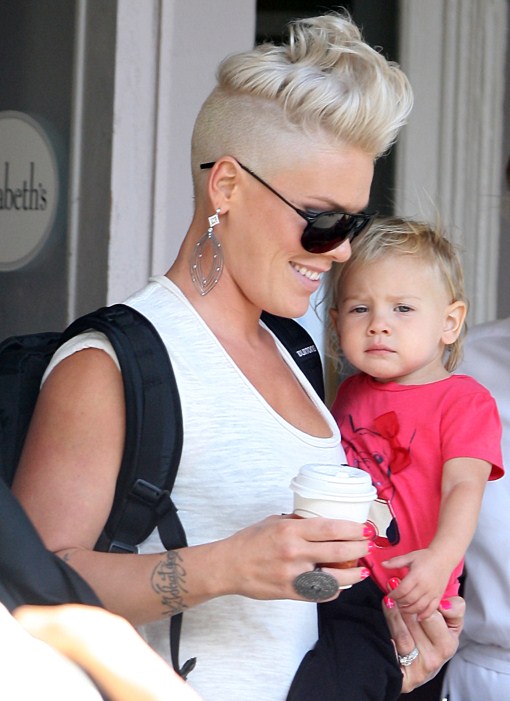 Pink loves being a mother so much to 15-month-old daughter Willow Sage that she has already set her sights on the next baby.

In an interview with Access Hollywood, the singer told she would already be pregnant with her second child if she wasn’t preparing to tour.

“I mean if I weren’t going, getting ready to go on tour, I’d be pregnant. I’m barefoot and pregnant in my garden with an attitude,” The Truth About Love artist told.

The singer has made it no secret that motherhood is the best thing that has ever happened to her.

She might enjoy motherhood, but being pregnant was not her most favorite thing and compared it to the zombie flick 28 Days Later.

“They were infected with the rage virus and that’s what I had. I didn’t battle morning sickness, I didn’t have uh, what do you call it? Cravings. I had rage!” she added.