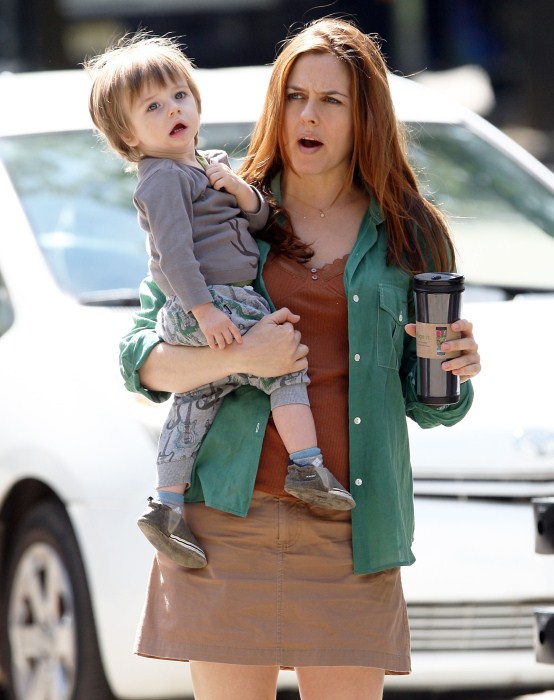 Alicia Silverstone took her son Bear Blu Jarecki to Central Park in New York City on Wednesday. She wore a brown tank under a green blouse with a brown skirt while balancing Bear in one hand and a tall plastic coffee mug in the other. Bear looked like a little cutie and a grey sweater and stretch pants as he clung tightly to his mama.

The actress recently revealed that she had to struggle to be taken seriously after staring as ditzy blonde, Cher Horowitz in Clueless.

“I remember doing interviews in London for some movie at the time, and the interviewers would want to talk about the movie, of course, but all I wanted to talk about was murder,” she told in an interview with Bullett Magazine.

“They probably expected me to be like the ‘Clueless’ character, but instead I was sitting there saying stuff like, ‘And then they anally electrocute!’ I pretty much bummed everyone out,” she added.

Heidi Klum Does The School Run

Pink Wants A Second Child After She Finishes Touring