Heidi Klum Does The School Run 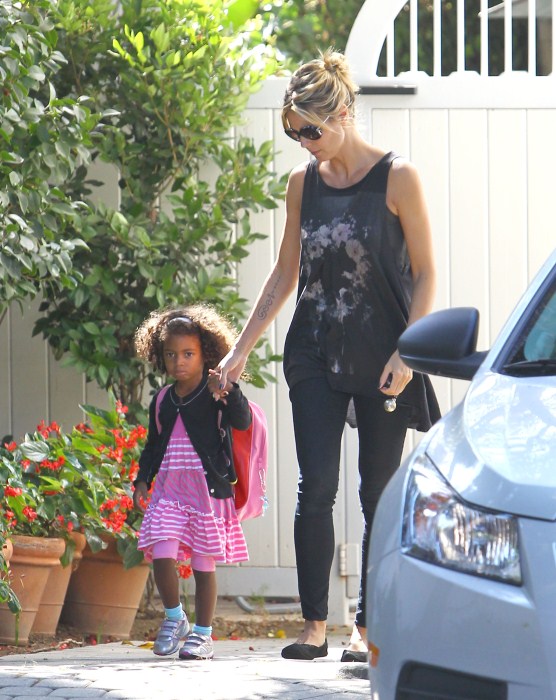 Heidi Klum was spotted picking up her daughter Lou from school in Brentwood, California on Wednesday. Klum looked slim in black skinny jeans and a flowing black tank top as she escorted Lou to their car. Lou wore a pink and white striped dress with a black sweater as she carried her school bag on her back.

“It just started,” Klum answered, adding that she doesn’t know where it’s going to go.

“He’s a great man and recently we just got to know each other from a completely different side,” she said.

Klum’s former husband, Seal accused the model of displaying a lack of class and “fornicating with the help” in a angry rant to reporters earlier this month.  Later, he reworded his choice of words.

“He has a very unique choice of words; I’m used to them,” Klum said of Seal’s accusation. “I don’t love that. It’s obviously not true.”

Klum added that while married she remained faithful and “never looked at another man.”

Shakira Confirms She Is PREGNANT!