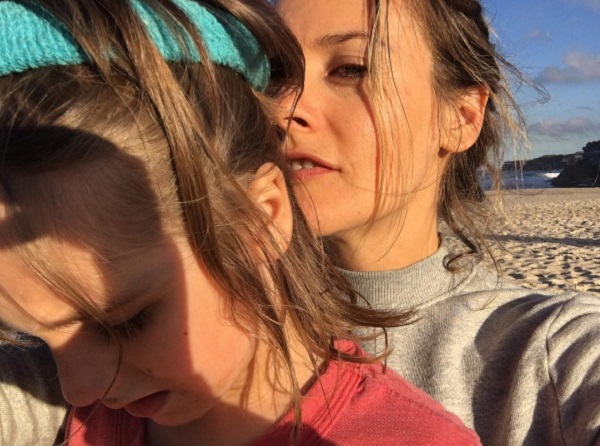 Alicia Silverstone’s handsome little boy Bear Blu Jarecki is growing up so fast!  Bear just turned 5 years old on May 5, Alicia and Christopher Jarecki announced the birth of their son back in 2011.  It seems like just yesterday that the 90’s movie star became a mother for the first time.  And, we can’t get another of her adorable little boy!

Alicia Silverstone is very active on Instagram, and the actress is constantly sharing snapshots of her family and personal life on social media for her fans.  Silverstone also is a major advocate for all things environmentally friendly.  She and Bear recently took their first bath in a state-of-the-art water system that reuses their tub water on their fruit trees!  Talk about eco-friendly!

Since the birth of Bear Blu, Alicia has been living a pretty low-key life and has been taking care of her little boy and working on her lifetime blog.  “The Kind Life”  is a lifestyle blog full of vegan recipes, make-up tips, and Alicia’s firsthand experiences as a mother and what she has learned since she began her journey with Bear.  The website was actually created as an interactive experience for fans of Alicia’s popular book, also by the same name, “The Kind Life.”

Alicia is currently vacationing in Sydney, Australia with Bear.  She shared an awesome photo of her and her son soaking up some sun and playing in the sand at Tamarama Beach in Sydney.  She captioned the cute photo, “Beach #selfie with Bear Blu.. but he’s a little busy haha.”