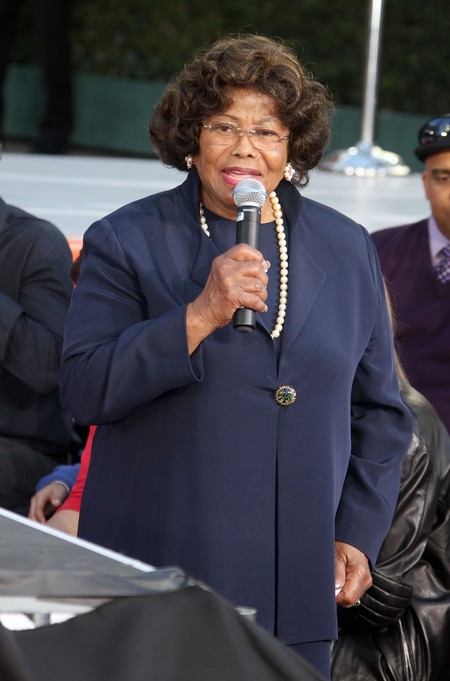 One remembers the Jackson 5’s songs with a melancholic nostalgia. They sang about the alphabet and love and danced on stage wearing cute little outfits with Michael Jackson’s famous falsetto voice. No-one told us that after Michael’s death, the siblings will turn into a Tarantino-esque gang of misfits and steal Michael’s children from their ailing grandma.

Katherine Jackson’s legal team claims the Jackson siblings concocted a “diabolical plot” to remove Katherine from her home and her grand children. Katherine’s attorneys released a statement saying, “Yesterday afternoon certain Jackson family members ambushed Katherine Jackson’s home after their vehicle tore through security gates on the tails of the SUV containing Michael Jackson’s children. After exiting their vehicles, Jackson family members ran up to Michael’s children as they yelled and began to aggressively grab at the cell phones in their hands. Out of concern for the well being of Prince, Paris, and Blanket Jackson, the children were forced to temporarily leave their home and taken to a safe location. An altercation ensued shortly thereafter and law enforcement arrived at the scene.”

(Oh my fudging Iceland, it sounds like a bad Steven Seagal film with Russian mafia bosses and guns large enough to shoot obese men in the face.)

The statement continues, “Following the incident, it was learned that one of the family members who was part of the ambush admitted that a plan has been in place for the last three years to remove Katherine Jackson from her home and her beloved grandchildren. Prince, Paris, and Blanket Jackson have not heard from their grandmother since she left their home nine days ago to attend a series of her sons’ concerts on their Unity Tour. She never made the shows. Despite efforts to interview Katherine Jackson at her current location in Arizona yesterday, Los Angeles County Sheriffs confirmed that they were denied access to Mrs. Jackson by security for one of her children.”

No wonder the Jackson siblings don’t have any careers left, because they’re sitting in a house and scribbling down their master plan of “sending an old lady away”. Why couldn’t they do what we do to our grandma? We make a trail of sugar coated cookies from her room to the living room and sit in the dark with an insulin shot and a grin from hell. The moment she arrives with the corners of her mouth filled with cookie dust, we speak in a low voice, “Did you enjoy your cookies? Prepare to be healed!” She tries to run away usually, but we inject her before she gets the chance to reach the door.

The Michael Jackson estate has also released a statement saying, “We are acutely concerned about the welfare of Mrs. Jackson, and most particularly with Michael’s minor children. We are concerned that we do what we can to protect them from undue influences, bullying, greed, and other unfortunate circumstances. While we do not have standing to directly intervene, we have monitored the situation and will continue to do so. We believe measures are being put in place that will help protect them from what they are having to deal with.”

We always knew the Jacksons were an alien breed of human and used plastic surgery to cover up their hidden lizard skins, but seriously now? Are they drunk on Novocaine and God?