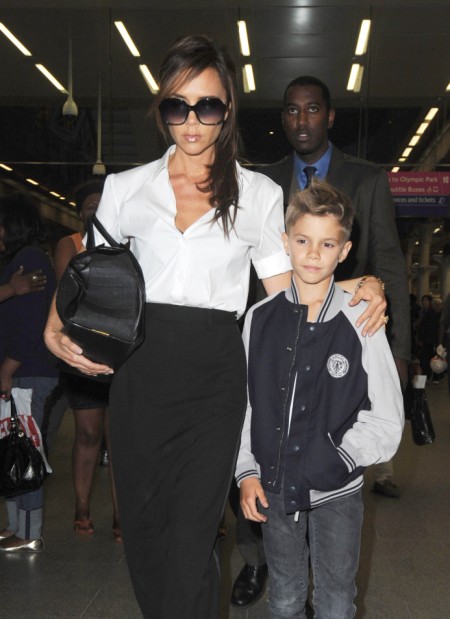 Victoria Beckham got back to her Posh Spice roots yesterday as she landed with her son Romeo Beckham in London. The duo came from Paris where they did some quality shopping and Victoria had a photo shoot.

Sounds glamorous but that’s nothing compared to the rumors that Victoria is set to rejoin the Spice Girls for the 2012 London Olympics. The ’90s pop band that set the world on fire with “girl power” is whispered to be taking the stage for the closing ceremony in August.

Naturally, there’s a little bit of controversy. Sources close to fellow Spice Girl, Geri Halliwell, say Victoria isn’t so keen on reprising her role and it’s causing a rift in the group. The source said: “After the Olympics I can’t even imagine even talking to her again, let alone being on a stage with her. Mel B was right; she has lost the spirit of the band.”

Oh, come on Victoria! Be a sport! I would love for them to get back together. What about you?