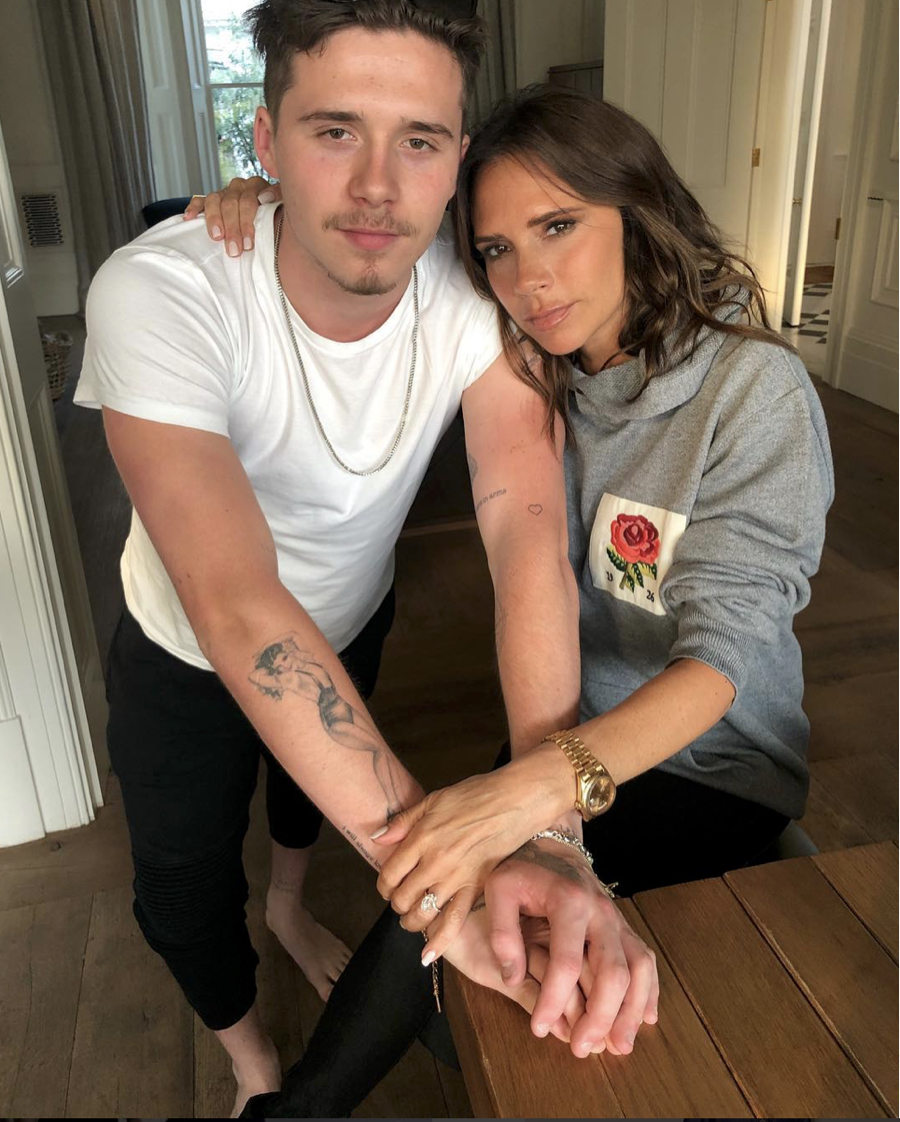 “Is that a mustache u r trying to grow @brooklynbeckham 😂😂 x kisses from us both x VB,” she captioned the shot.

Earlier in the week, Beckham had some fun while walking her 6-year-old daughter Harper to school.

She shared a short video of them skipping followed by a photo of Harper jokingly holding a cut-out of her dad David Beckham’s head in front of her own.

Skipping to school with mummy x kisses from Harper Seven 💕💕💕💕

In other news, Victoria and David have put up the designer outfits that they wore to the royal wedding last month up for a charity auction.

“To support the incredible work of The We Love Manchester Emergency Fund and the families affected by the Manchester attack last year, @victoriabeckham and I have partnered with @omazeworld to give you the chance to own our wedding outfits,” Beckham captioned his post. “Head over to omaze.com/beckham for details,” David captioned on Instagram.

Victoria and David are also parents Romeo and Cruz.

Chrissy Teigen’s Adjusting to Being a Mom of Two