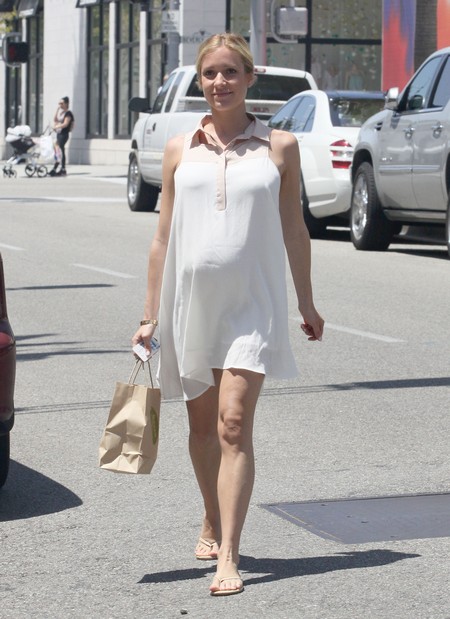 Kristin Cavallari shocked people back in January by announcing that she was expecting her first child with on/off-again fiancé, Jay Cuttler.  Fast forward 7 months and the ready to pop, former Hills star is finally at the point in her pregnancy where she just can’t move.

On Monday she tweeted:  “Jay is making me lasagna…he takes such good care of me. Good thing, because I can barely move,”

Kristin and her Chicago Bears quarterback fiancé are expecting a son later this summer and are already contemplating whether or not to keep expanding their family even before they tie the knot.

“We were talking about the possibility of having another kid right away and then getting married so we can have two kids close in age,” Cavallari recently told Glamoholic. “We want four kids, so we’re thinking maybe have one more, then get married, then have two more. But we’ll see — it all depends on how the first one goes.”

Do you think they should get married first before adding more kids to the equation?  Have you had babies close together?  It sounds like a good idea on paper to have your kids close in age but in practice, it is not that easy to do.  I think twins are actually easier to handle then a small toddler and a newborn together!  Tell us your thoughts in the comments section below!